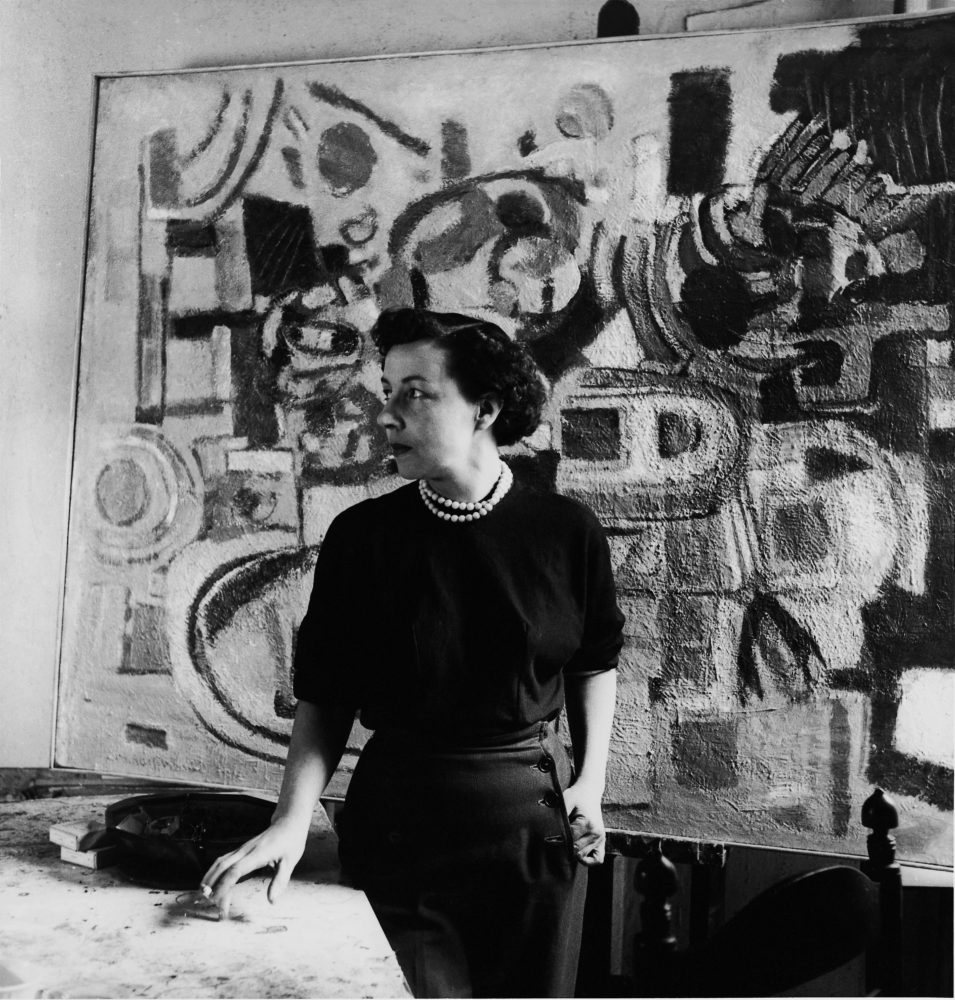 Marie Raymond in her appartement-studio , Paris, towards  1950 in front of the paintings “Vers le soleil”, 1940

A major figure in postwar lyrical abstraction, French painter Marie Raymond (1908–89) is perhaps best known as the wife of painter Fred Klein and the mother of French Nouveau Réaliste Yves Klein. That perception is wrong, according to Michèle Gazier. “First and foremost, Marie Raymond is an accomplished artist in her own right, and we must not define her either in terms of her husband or her son,” argues Gazier, a French writer, translator, literary critic and editor who is currently preparing a biography on Raymond for publication next year in a coedition by the Parisian gallery Diane de Polignac, the Yves Klein Archives and the publisher ARTEOS.

This long-forgotten artist is receiving much deserved attention right now, thanks to de Polignac’s exhibition “To the Light,” which runs through November 29

> Back to the news