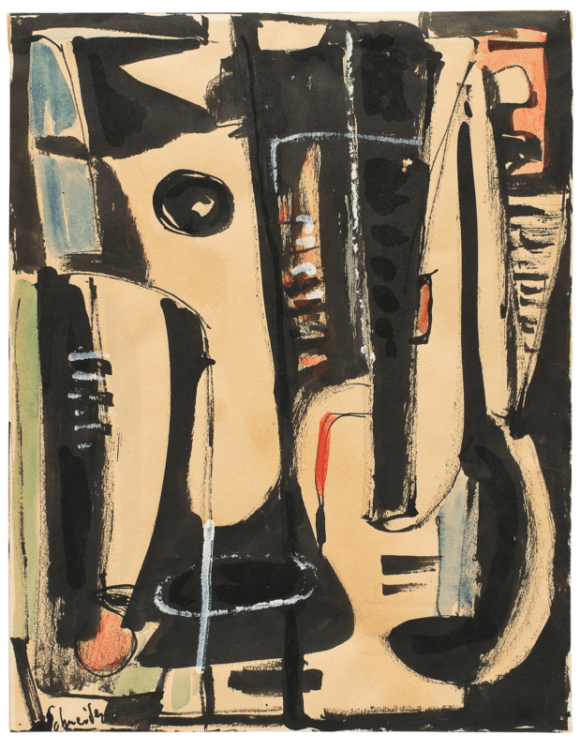 The years 1945-1955 were those of a laboratory of shapes and colours during which Gérard Schneider formed his vocabulary and his style. A transitional period, this decade was crucial. Gérard Schneider’s experimental abstraction evolved towards the affirmation of his own artistic expression and his controlled, hieratic forms were replaced by a gestural writing that was free and spontaneous, nervous and elated that culminated during the second half of the 1950s: “dramatic abstraction” according to the words of Marcel Brion, which was typical of Schneider.