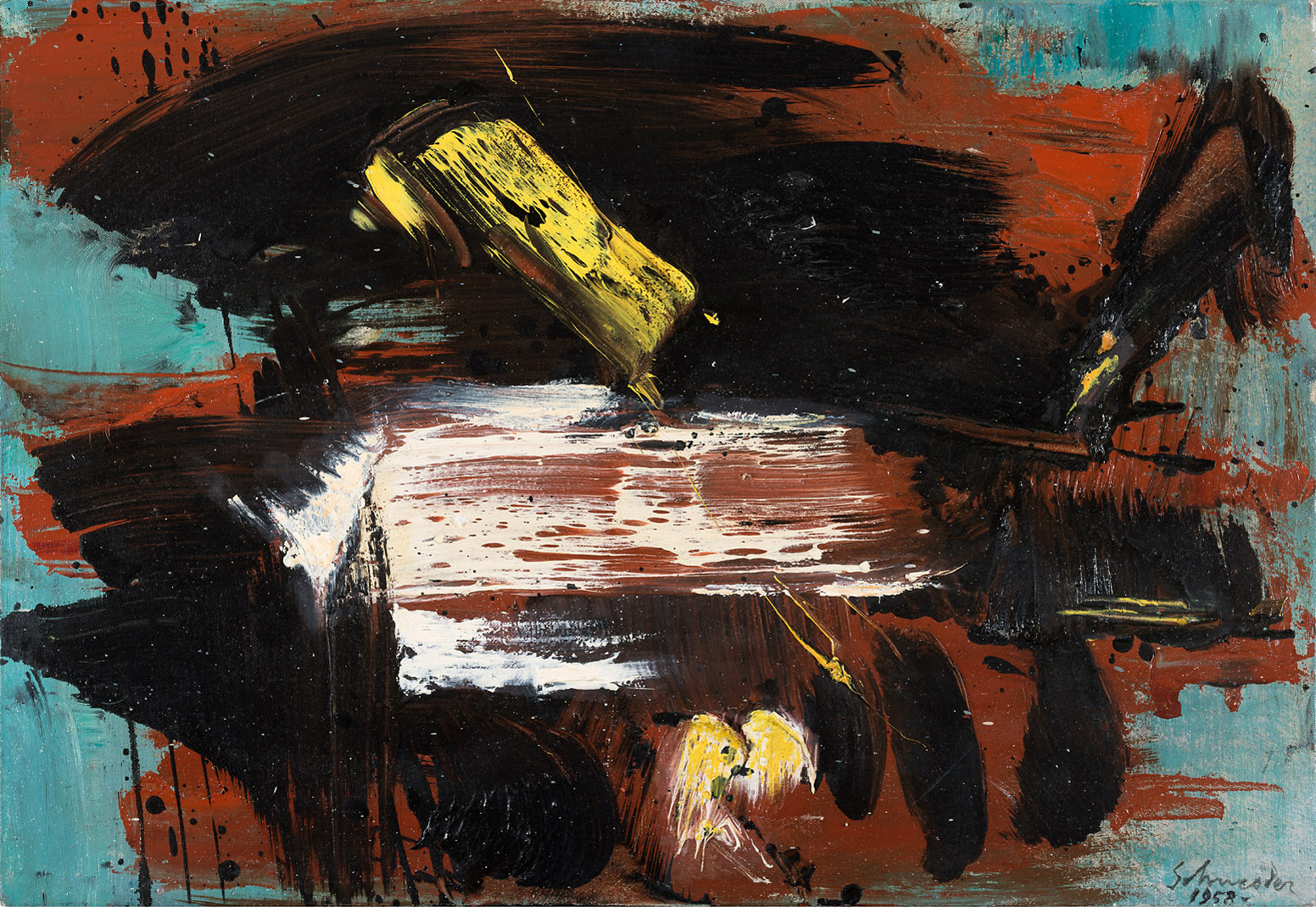 In Gérard Schneider’s body of work, the 1950s are called the « Years of Glory ». Exhibitions were held successively around the world.

His works also travelled regularly, to Japan from 1950 until the early 1970s, especially for the International Exposition of Art. In addition, for the International Art Exhibition in Tokyo in 1959, he was awarded the prize of the Governor of Tokyo. The painter Gérard Schneider also showed several times at the São Paulo Biennale: in 1951, 1953 and 1961.