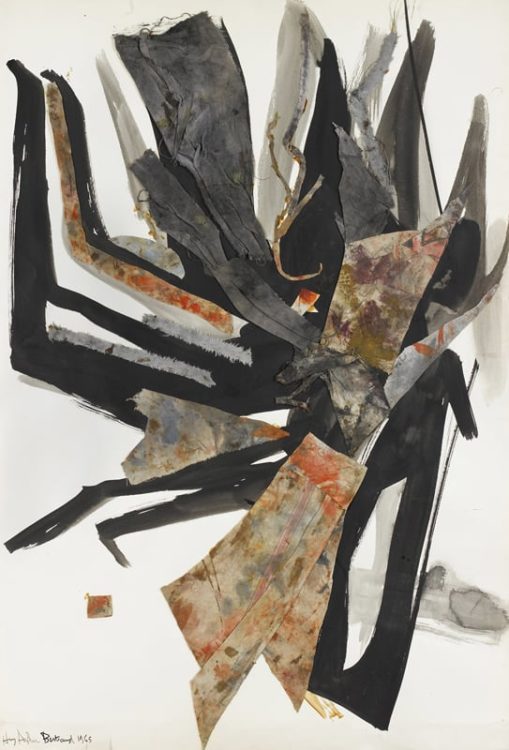 Huguette Arthur Bertrand combined painting and cloth in collages where rags, which she had used to wipe her brushes, add form and colour to the composition. These audacious works show a desire to subscribe to a contemporary vision of textile art, between painting and object, between fine art and craft.
In Grand Collage of 1965, Huguette Arthur Bertrand superimposed brushes with black ink and rags soaked in ink or paint. This creates an organic form that stands out against a white background.
From 1971, Huguette Arthur Bertrand became interested in tapestry and was given commissions by the Mobilier National. She continued the revival of this medium that had been started by Jean Lurçat.
In 1976, the art critic Aline Dallier-Popper wrote about women’s relations with textile creation and invented the term “new Penelopes” which applies perfectly to Huguette Arthur Bertrand.