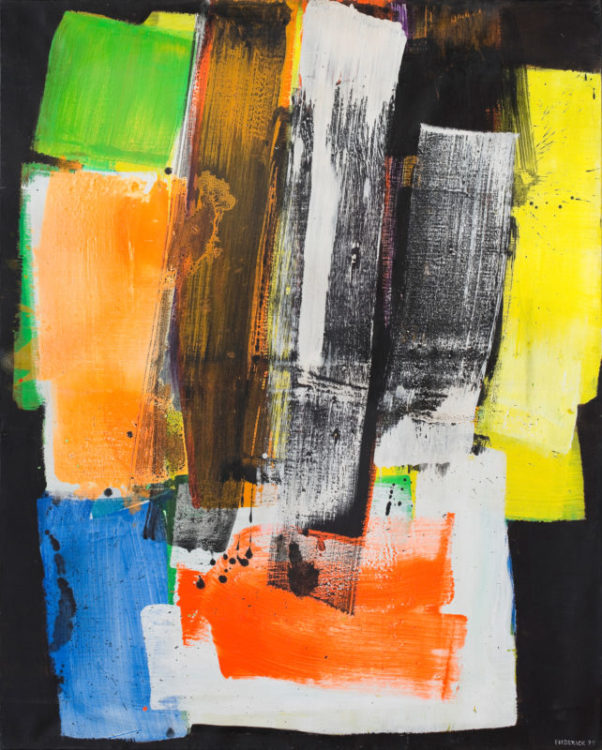 Loïs Frederick followed in the wake of a first generation of artists from American Abstract Expressionism comprising Jackson Pollock and Lee Krasner, Willem de Kooning, Robert Motherwell, Franz Kline and Mark Rothko. Far from the traditional method of painting on canvas, American Abstract Expressionist artists created a new way of painting in which the gesture becomes one with the work itself. With them, a new relationship between gesture, color and material is envisaged.

Clement Greenberg called “Colorfield Painting”, a type of painting made of superimposed fields of color that is incarnated by Mark Rothko among others. Loïs Frederick’s work can be fully integrated with Colorfield Painting. Following on from the first generation of painters: Mark Rothko, Arnold Gottlieb, Clyfford Still and Barnett Newman, and like her contemporary Helen Frankenthaler, Loïs Frederick worked in flat areas of color that she used in strata, removing any depth in the work.