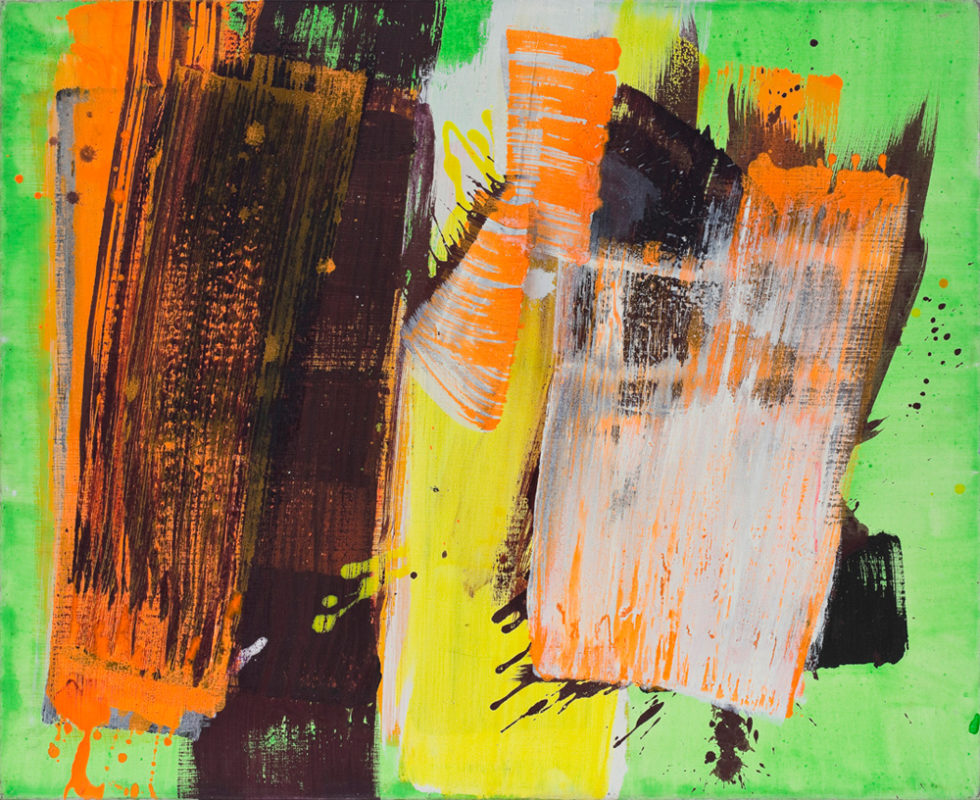 Coming from the agricultural plains of Nebraska, Loïs Frederick was an earthling who created a solidly constructed form of abstraction in her art. While Mark Rothko worked horizontally with his brush to build up his rectangles of color with blurred edges, and create light and vibrancy, Loïs Frederick used her gesture in ascending and descending movements. Her painting technique was thus similar to the push and pull perfected by Hans Hofmann in which colors placed in dense planes, “emerge from” and “recede” on the support, creating a network of contrasts in the visual space.

Like Jackson Pollock and Robert Motherwell, Loïs Frederick worked with the canvas placed on the ground, facilitating the field of vision: wider, the immensity of spaces is more easily viewed. But unlike Jackson Pollock who employed all his physical energy in a creative gesture, Loïs Frederick used her paintbrush in a slow, controlled, even meditative creative process. It is intense but contained within meshes of color spread out and superimposed.