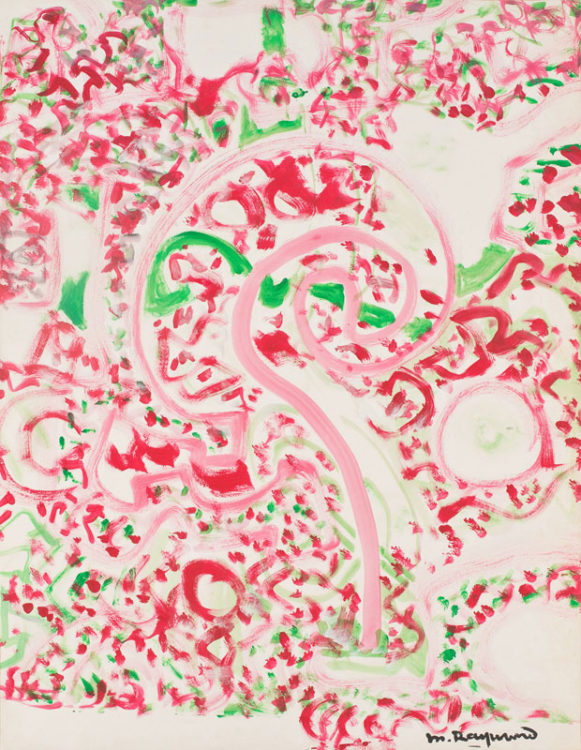 Marie Raymond continued her exploration of light through a theme that had fascinated her since her teenage years: the cosmos. Going beyond representations of the effects of light, Marie Raymond wanted to reach the stars. In 1964, Marie Raymond began painting a series of works that she called Abstraction-Figures-Astres [Abstraction-Figures-Stars]. The works in the series were characterised by a restless touch that whirled over the surface of the canvas or paper.