In one of his early essays, the young Charles Dickens – 2015 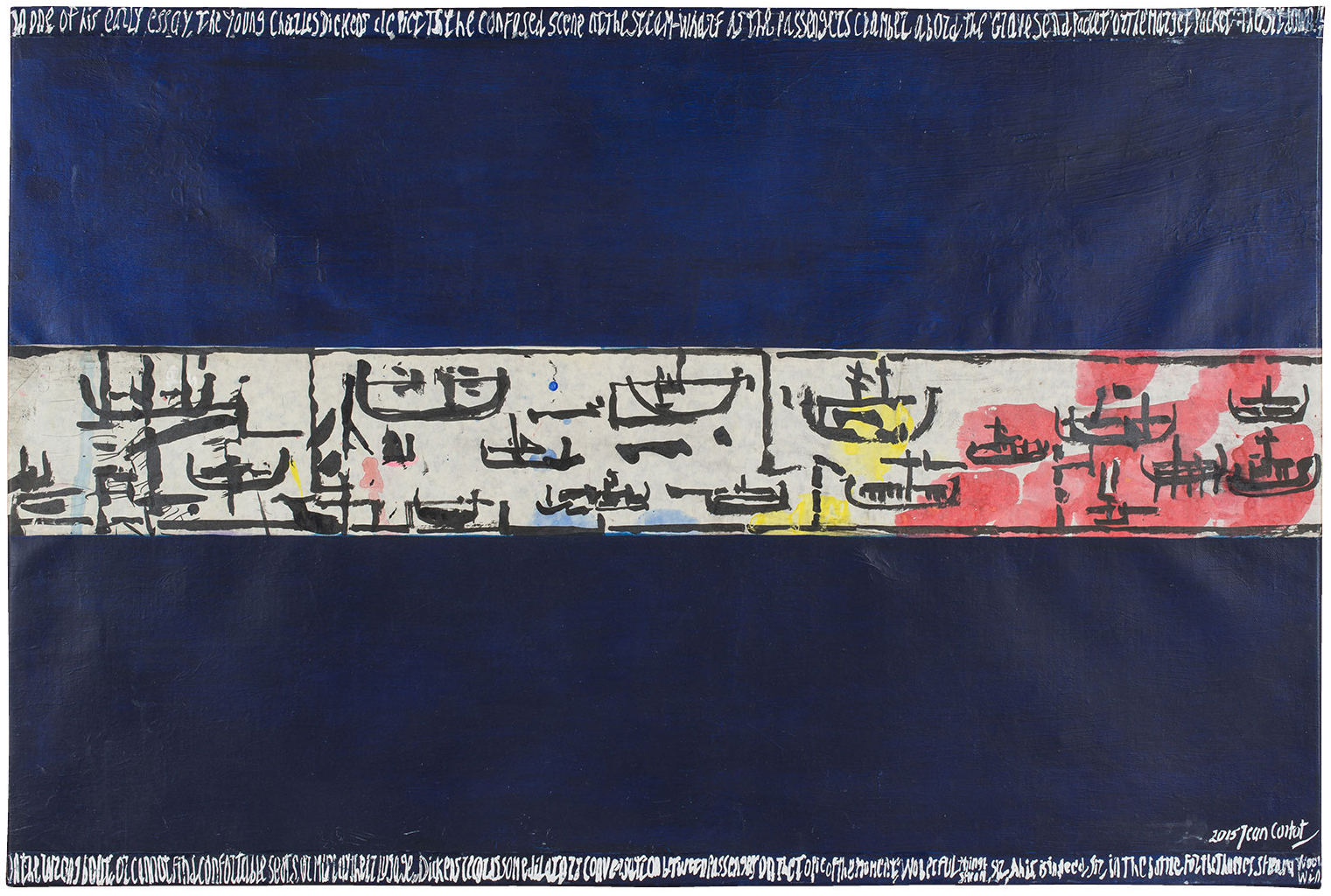 In one of his early essays, the young Charles Dickens depicts the confused scene at the “steam-wharf” as the passengers clamber aboard the “Gravesend pack” or the “Margate packet” ; they sit down on the wrong boat, or cannot find comfortable seats, or mislay their luggage. “The regular passengers, who have season tickets, go below to breakfast; people who have purchased morning papers, compose themselves to read them; and people who have not been down the river before, think that both the shipping and the water, look a great deal better at a distance.” At Blackwall the wicker hand-basket are opened to furnish heavy sandwiches, with bottles of brandy and water. One man brings out a portable harp and plays dans music. Dickens even records some dilatory conversation between passengers on the topic of the moment:
“Wonderful thing steam, sir.”
“Ah! It is indeed, sir.”
“Great power, sir.”
“Immense-immense”
“Great deal done by steam, sir.”
“Ah! You may say that, sir.”
“Still in its infancy, they say, sir.”
Steam was the future. Steam was progress. In the battle for the Thames, steam would win.