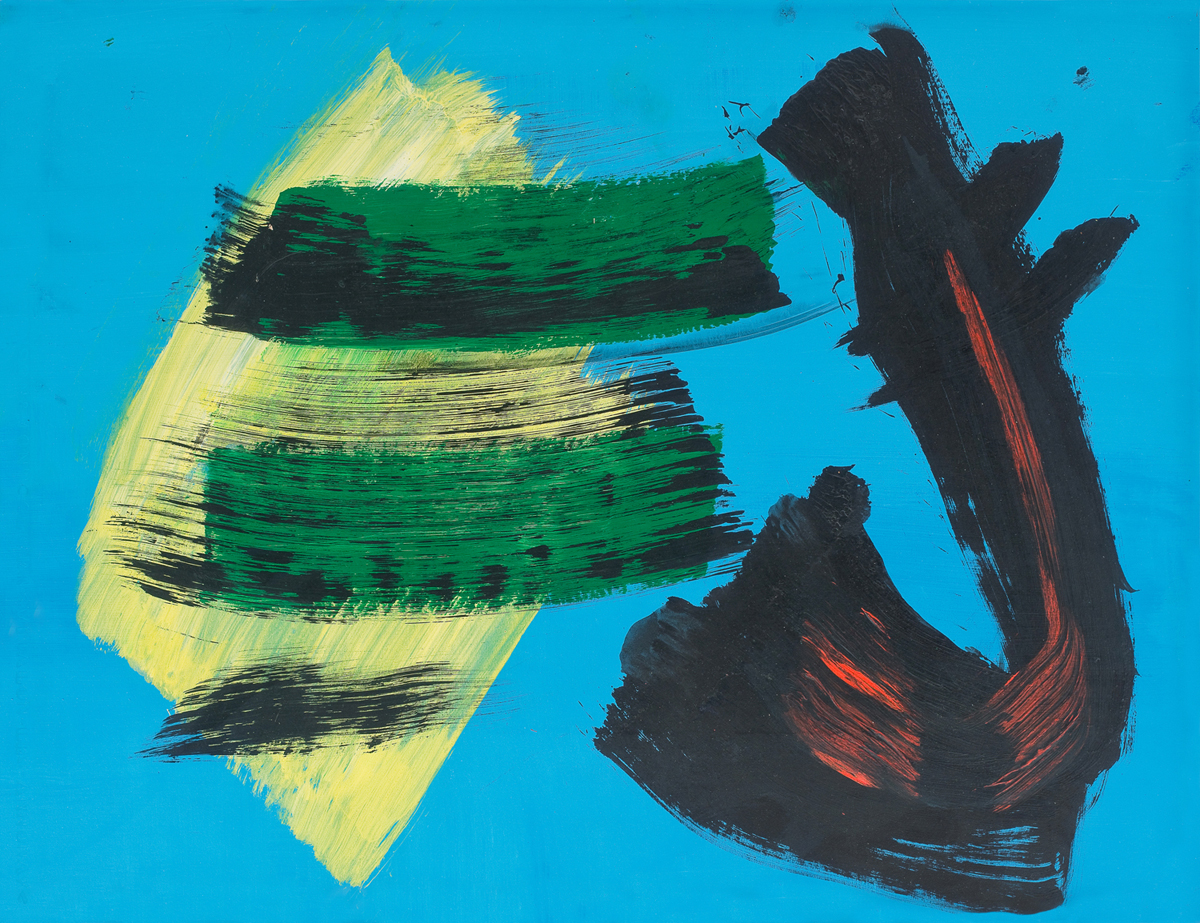 From 1967-1968, Gérard Schneider began to use acrylic in his works, both on canvas and on paper, a new medium that he adopted definitively at the beginning of the 1970s. Because it dries quicker, acrylic allowed him to act fully in the spontaneity of the creative gesture. Contrary to his habit, Gérard Schneider built backgrounds in flat areas of color so that only the color would imprint on the retina. Purified paintings are the result, in which the gesture is gradually simplified, ultimately forming a structure in distinct shapes that respond to each other, recalling Matisse’s Papiers découpés from the end of his life. A new relationship between form and color that was a prefiguration of the following decade.