GÉRARD SCHNEIDER
GESTURE AND COLOUR
Works on paper from the 1960s

Virtual visit with the artist’s daughter 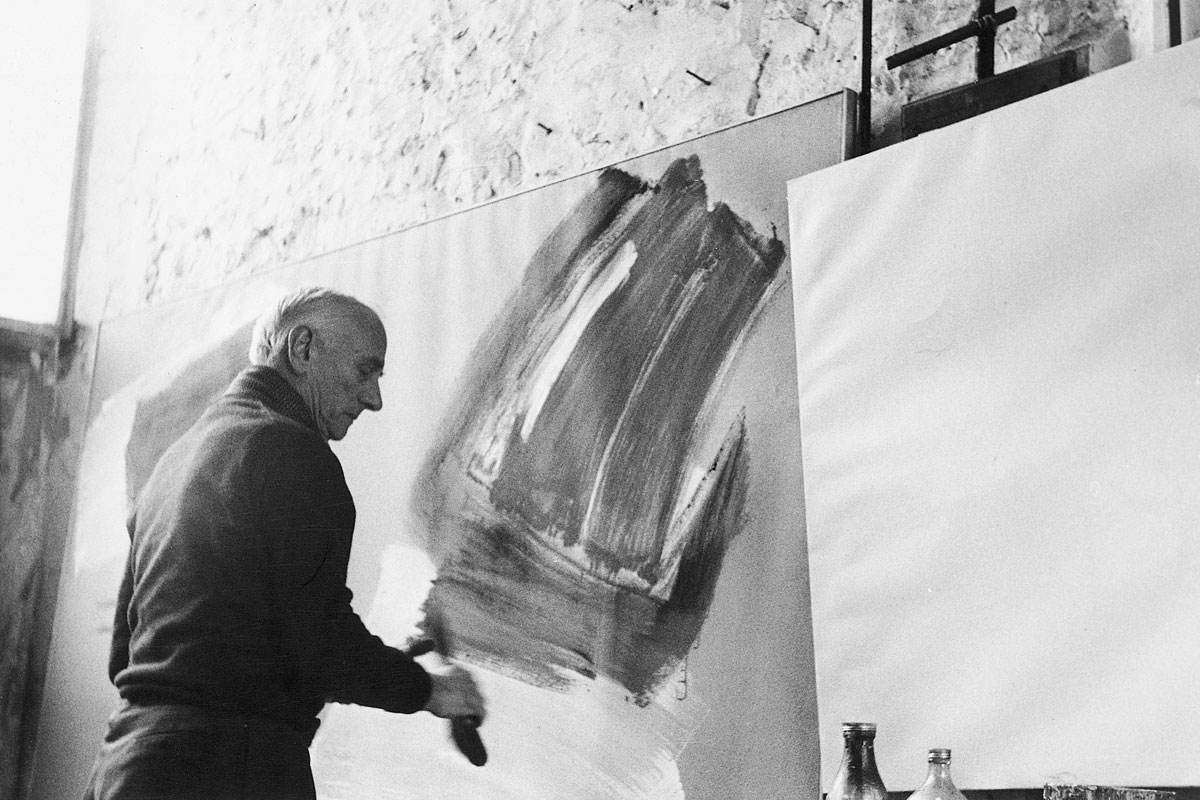 This exhibition presents a selection of unpublished works on paper by the artist Gérard Schneider.

This transitional decade saw Gérard Schneider’s painting becoming more colourful, freer, in which the gesture took on a calligraphic dimension.

Gérard Schneider’s work developed and echoed the aesthetic aspirations of his time as much as complex interior processes that had started many years earlier. From the intense lyrical abstraction of the 1950s, Gérard Schneider evolved during the 1960s towards a synthesis of notions of form, colour and space.

This period was marked by the Venice Biennale of 1966 where an entire room of the French pavilion was devoted to his work and then crowned in the 1970s by the major retrospective of his work in Turin, where about a hundred paintings were exhibited at the Galleria Civica d’Arte Moderna.