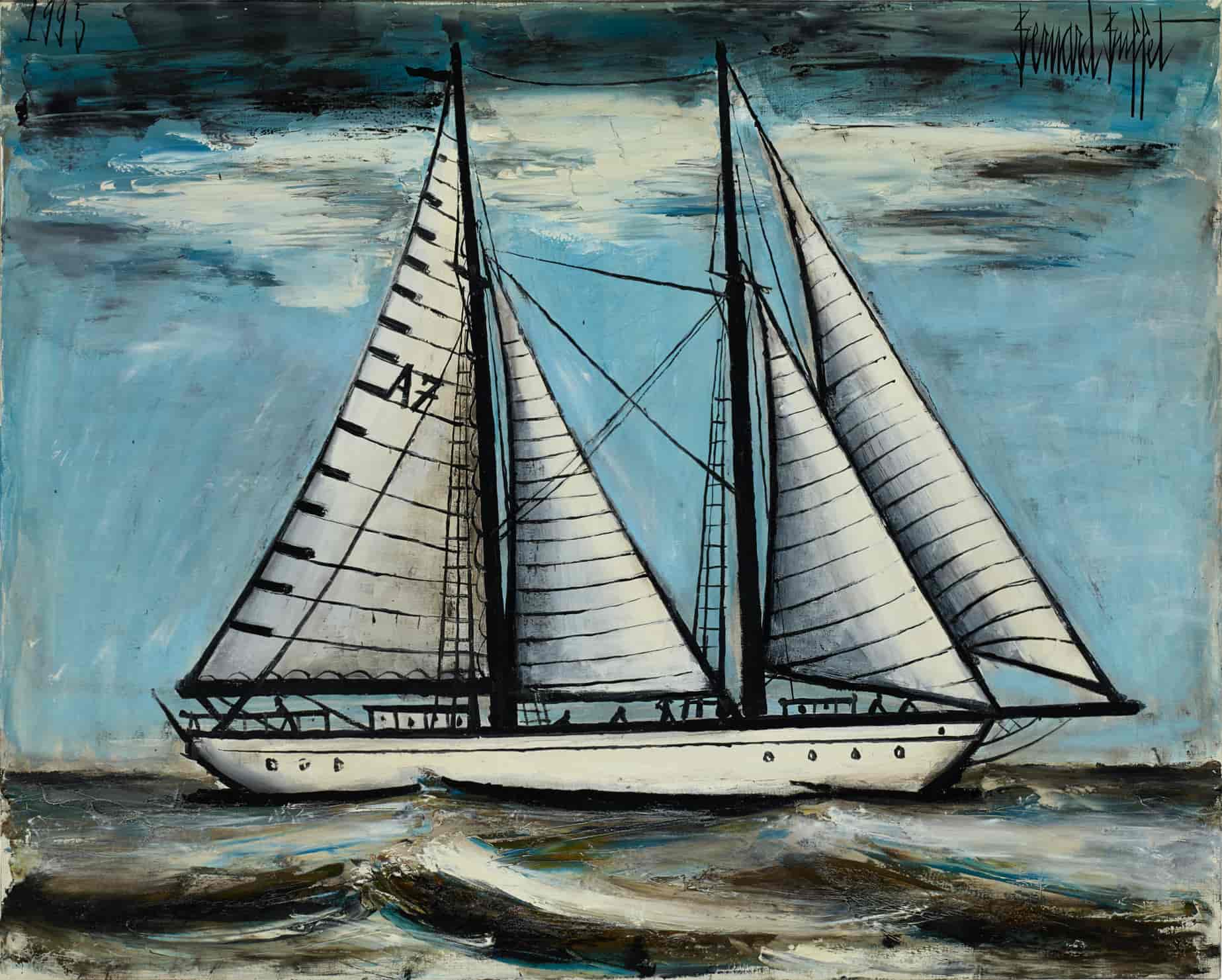 The painter Bernard Buffet, who was highly cultivated in art and had a phenomenal visual memory, very often referred to the grand genres of classical painting in his works.

Marine themes were among those of particular interest to the painter Bernard Buffet. They allowed him to pay tribute to one of his favourite painters: Gustave Courbet (1819-1877).
Bernard Buffet composed his artworks from memory and not directly from nature. For his landscapes and architectural views, he also referred to his large collection of postcards. He drew on them for inspiration for his real and imaginary depictions, which were always painted in the secrecy of his studio.

This way of using photographs as models brought him even closer to Gustave Courbet. It is known that this leader of Realism was inspired by Gustave Le Gray’s (1820-1884) photographs for his landscapes. 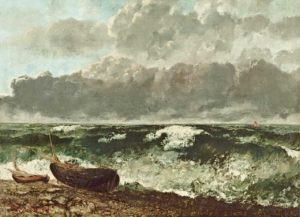 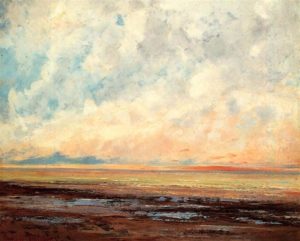 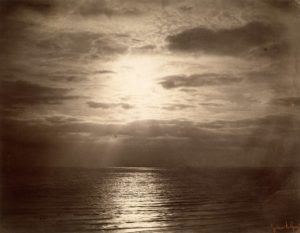 Since the beginnings of the history of art, marine scene have essentially provided a context for History painting.

La goélette Gloria, which is currently on view at the gallery, can be connected to an ancient type of marine scene,created at the end of the middle ages, called the “ship portrait”. This type of marine theme concentrates on the depiction of a single vessel. The genre then developed and circulated through prints up to the 20th century when Édouard Adam (1847-1929) became a veritable portrait painter of ships. His paintings were commissions and therefore depicted their subjects as precisely and exactly as possible. The ship is the only subject of the painting, as is the case of La goélette Gloria¸ which is a documentary depiction of the ship.

The genre of “ship portrait” usually depicts a boat without any crew. This allows us to emphasize the presence of human silhouettes in La goélette Gloria.

In fact, Bernard Buffet’s landscapes are usually characterised by a lack of figures. Whether they are streets or beaches, places are devoid of any human presence.
From very early on, Buffet had a habit of showing his views without any human movement, probably as a souvenir of his adolescence spent in Occupied Paris under curfew.

In La goélette Gloria, human silhouettes appear on the ship, which is an extremely rare phenomenon in this artist’s work. The figures are rapidly sketched, suggested, while the schooner in itself is much more detailed and carefully drawn, in the spirit of a real portrait of a ship. 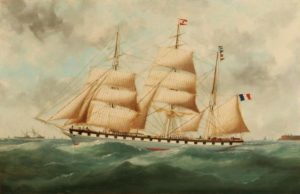 The depiction of the water, in thick, lively strokes perfectly transcribes the sensation of a rough sea. The effects of paint contrast with the very graphic treatment of the vessel.

This moving ocean recalls paintings of the Romantic period that Bernard Buffet also admired. Le Radeau de La Méduse (1819) by Théodore Géricault (1791-1824) is a real emblem of that period. 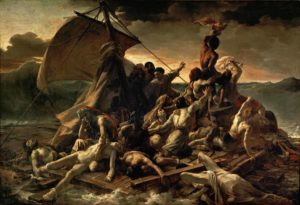 A prerogative of the great masters, the painter Bernard Buffet in this way has skilfully combined visual citation with his own imagination to create works that are both universal through their references to the History of Art and unique from their totally new visual vocabulary.