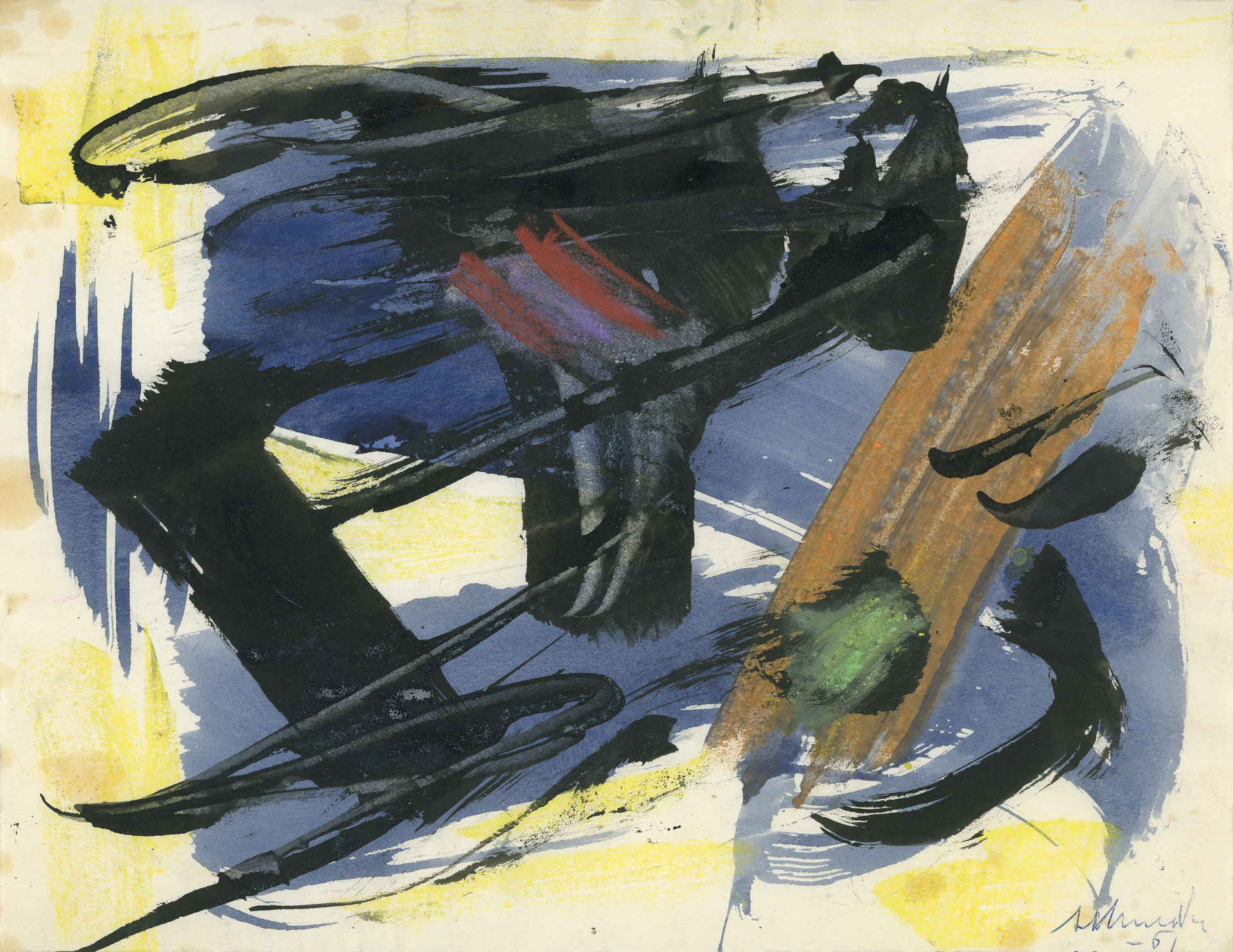 At the start of the 1960s, Gérard Schneider’s work became brighter, paintings appeared in which white became the structuring element. This color marks a breath, a call to a gap of light that springs from the background. The gesture is still intense, but the atmosphere has settled, becoming more romantic and dreamlike. These compositions are marked by blended colors, by a black brush that creates rhythm in a dance on the composition.

For Gérard Schneider, paper was a support in its own right. He did not use it to make preparatory studies for painting on canvas, but as a specific field of exploration. It was of a form of creation parallel to his production of paintings on canvas. Paper gave Schneider greater freedom of action. Less expensive, paper allowed him to be more audacious. He was interested in the play of different media: ink, gouache, pastel. Paper also made the creative gesture livelier: the trace of the brush can be appreciated, the nervousness of a gesture, even drips from the brush formed by his momentum while producing. Color brought by pastel comes as a final touch to support the form, to give it rhythm, to highlight it and to make it lighter. It supports the gesture. A counterpoint.