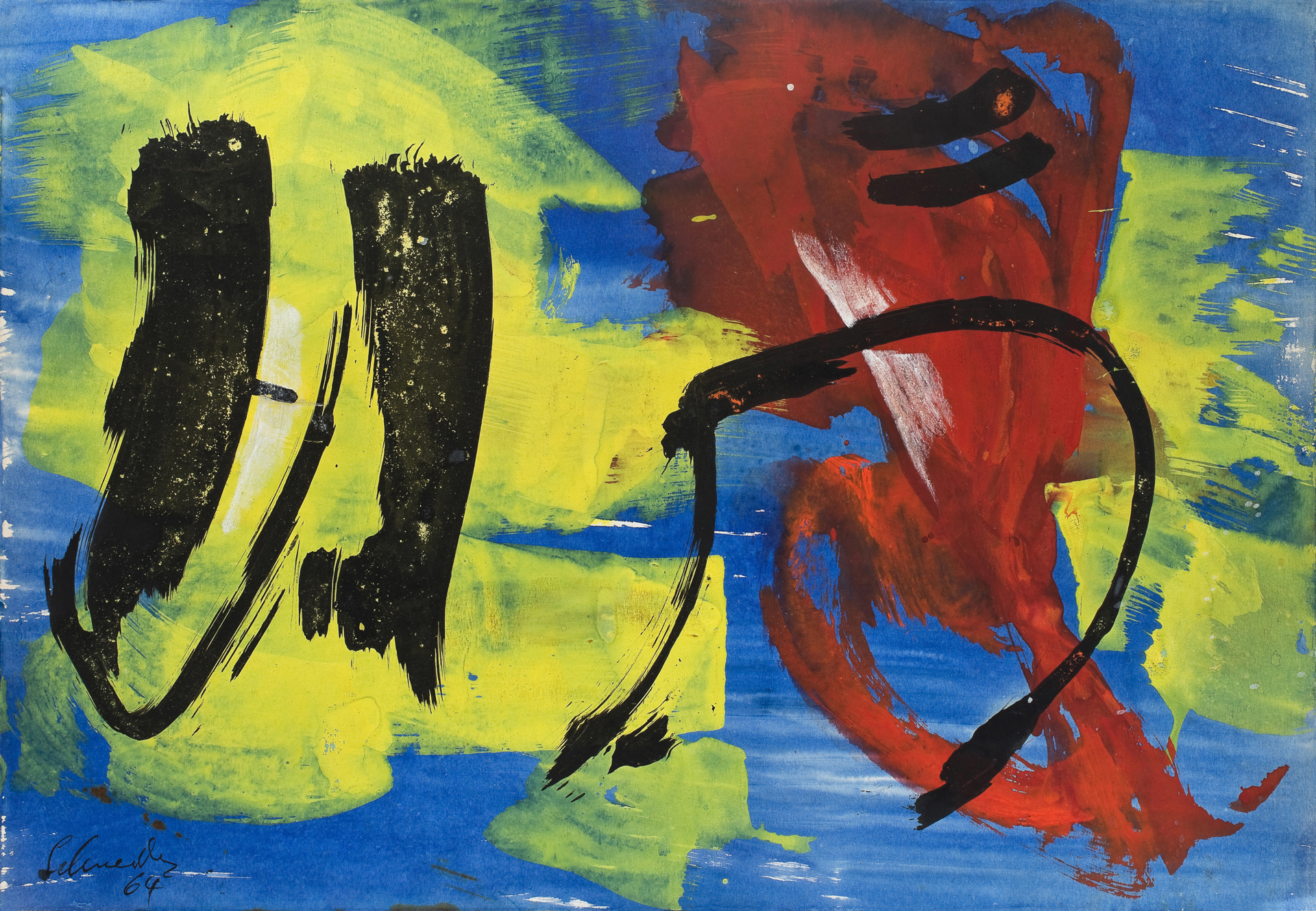 As a thinker about the history of art, Gérard Schneider had become interested in color during the 1940s. Initially he had been fascinated by form, then he integrated the gesture in his process. In the early 1960s, he turned naturally towards the exploration of color. This interacted with the overall work. It invited dialogue. For Schneider, who loved music, one could say that his work transforms into a symphony of tones and shapes. The backgrounds that were at first dense allow the light to come through. Then gradually, they became uniform.

In this composition of 1964, three primary colors give structure to the composition. Gouache gives a certain matt appearance to the work but does not prevent light from emanating from the background. The gesture, materialized by the ink, makes the composition dynamic by drawing from a reservoir of forms specific to Schneider: curves and arcs, double streaks too.