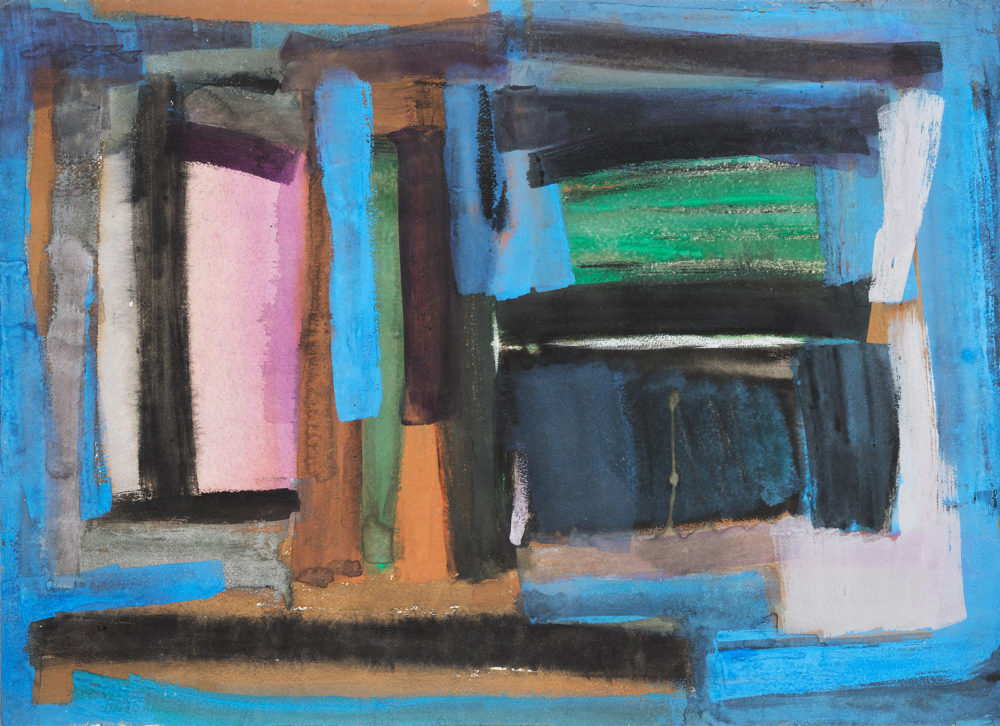 Nothing destined her to be a painter and yet from the start, Loïs Frederick had a feeling for color. She naturally began to paint by mixing palettes audaciously. Two aesthetic experiences marked stages in the development of her sensitivity. First, Henri Matisse whose art she probably admired at the retrospective at the Art Institute of Chicago in 1952. From Fauvism to his paper cutouts, Henri Matisse was a virtuoso of color. The second jolt was her encounter with Mark Rothko’s work, in the early 1950s. With Mark Rothko, color becomes vibration, it becomes light. From then on, Loïs Frederick continually drew on her infinite palette to capture the intensity of light. A challenge against which she would measure herself all her life.