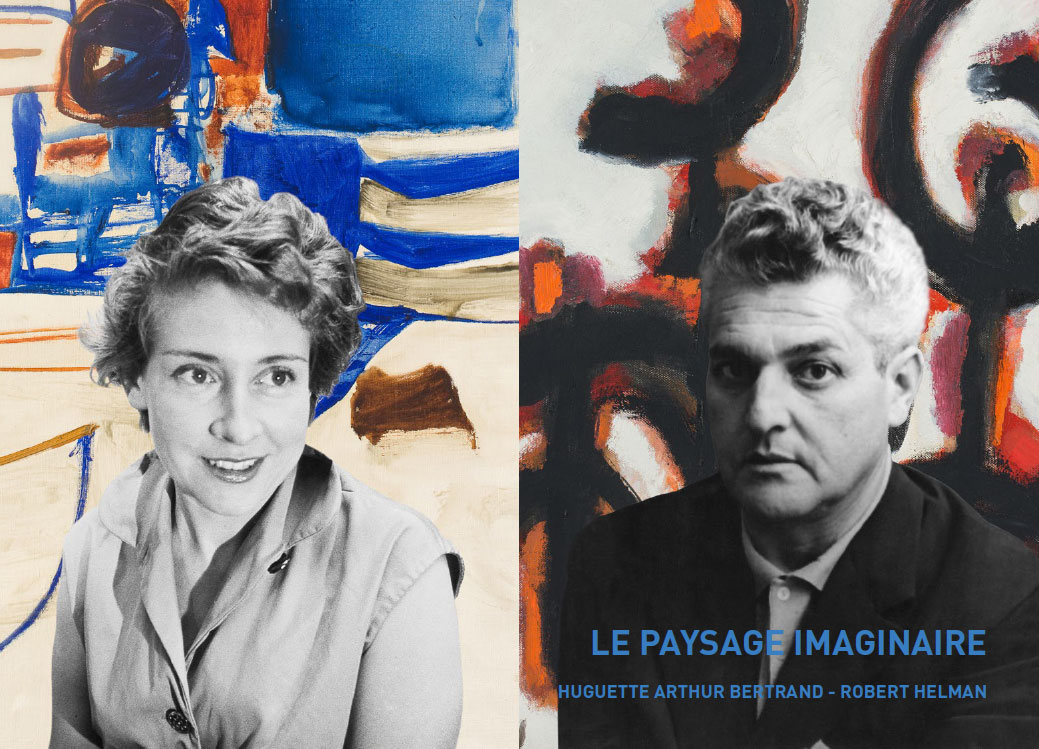 Huguette Arthur Bertrand and Robert Helman’s respective artistic careers unfolded primarily in Paris. Arthur Bertrand moved to Paris in 1946, while Helman arrived in the city in 1927, before going into exile in Barcelona between 1939 and 1945. On his return to France after the Liberation, Helman settled in the City of Light for good. The two artists’ paths would cross in the French capital, where they took part in the same salons: the Salon de Mai, the Salon d’Automne, and the Salon des Réalités Nouvelles, among others. They also had common friends such as Jean-Michel Atlan, who had an important influence on both painters, as well as Josef Síma and Pierre Dmitrienko.

A profound interest in nature shared by Huguette Arthur Bertrand and Robert Helman enables us to establish a connection between the two painters. Both artists found their inspiration in the organic world. They did not, however, paint en plein air. Neither artist set up their easels out of doors to create descriptive paintings. Instead, they both chose the seclusion of the studio to explore abstraction – the essence of creation, which would link nature and the inner self on canvas.

Fundamental to many abstract painters, inspiration from nature has given rise to various terms to try to classify and group them together, such as “abstract expressionism” and “abstract landscape painting”. Constructed from a memory or an emotion, this imaginary landscape no longer has any figurative reference points. It is a fusion of lyricism and nature.

In both artists’ works, the movement of the brush is a respiration, a breath. The style of gesture is vital. The palette is naturalist, limited to subtle, telluric shades, in which black plays an integral role. The painters are part of a universal geography, their creations featuring echoing titles such as Comarave and Germination, Abélie (“Abelia”) and Végétation (“Vegetation”), Oiseau (“Bird”) and Migration.

Posed face to face, the paintings of Huguette Arthur Bertrand and Robert Helman invite the viewer on a sensitive, poetic journey punctuated by visual associations between the works. These organic paintings are true imaginary landscapes.