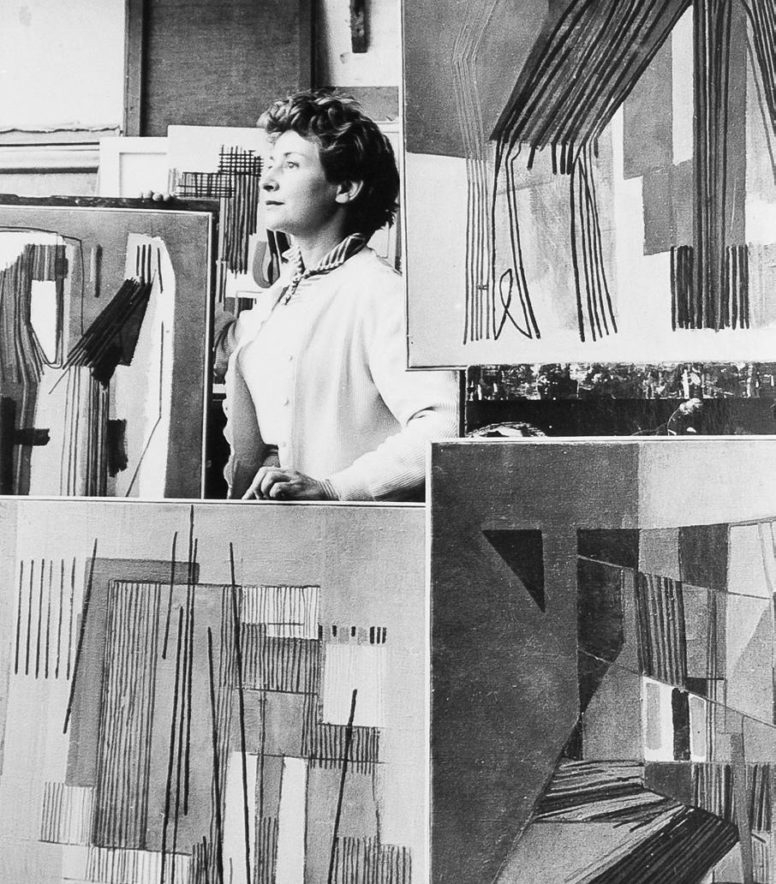 « I wanted to invent spaces as if they were moving, using the resources of painting »
Huguette Arthur Bertrand

This exhibition concentrates on the work of the artist Huguette Arthur Bertrand during the 1960s; it shows a selection of paintings and collages.

The work of Huguette Arthur Bertrand, abstract definitively from 1950, becomes  an exalted form of lyricism in the 1960s, characterized by supple, spontaneous, and liberated gestures.

Her paintings gained in dramatic power, drawn from a palette of warm colours that are supported by the use of fervent titles: Cela qui Gronde (What Rumbles), Diable (Devil), Raz de Marée (Tidal Wave)…

The decade began with a new exhibition at the Howard Wise Gallery in Cleveland in 1960-1961. Those years were marked both by the group show 50 ans de Collages at the Musée des Arts Décoratifs in Paris in 1964 and by her participation in La Peau des Choses –  a portfolio of prints made by a group of artists: Pierre Soulages, Hans Hartung, Gérard Schneider, Zao Wou-Ki, Victor Vasarely in honour of their friend the art critic Michel Ragon.

Huguette Arthur Bertrand is thus perfectly integrated during this decade into the artistic landscape of lyrical abstraction. 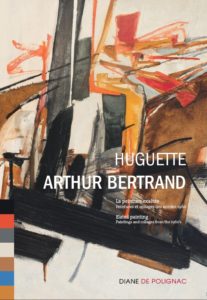