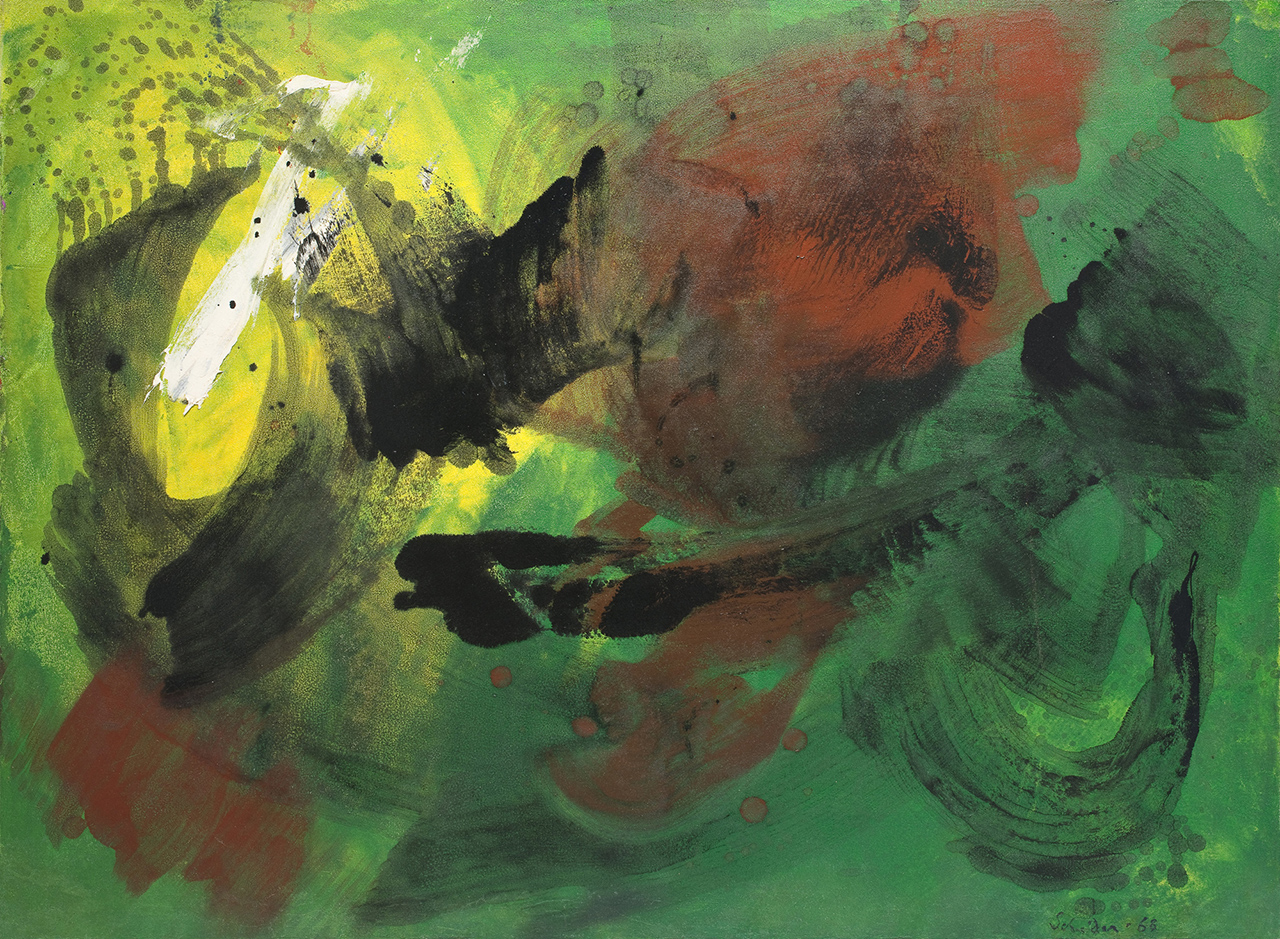 A pioneer of the post-war Lyrical Abstraction movement, the painter Gérard Schneider entered into a radical and yet cohesive artistic transition at the beginning of the 1960s in what would be a turning point in his pictorial explorations.

Inspired by the influences of Surrealism and the practice of automatic writing, the artist painter Gérard Schneider began to experiment with abstraction in the late 1930s. After first directing his attention to exploring form in the 1940s, the artist then became inspired by the expression of creative, powerful and masterful gestures, which gave life to form.. 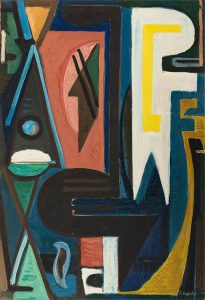 A virtuoso colourist painter, it was only once these issues of form and gesture had been mastered that the painter Gérard Schneider could fully address the subject of colour in a third phase of his work as an artist. In 1967, the artist stated that: “It seemed impossible to me, in the search for a new expression, to juggle the invention of the form and the invention of its colour, as giving thought to only one of these requires attention. My studies showed me that problems of form (more complex) should be resolved first with those of colour being dealt with afterwards, and lastly, the definitive solution is to be sought for the fusion of these two elements that become complementary.” 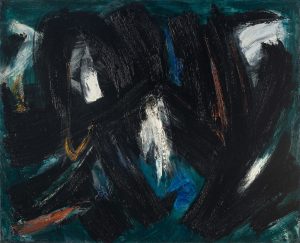 The artist painter Gérard Schneider’s previously lyrical palette, which was made up of glazes that created vibrancy and transparency, became increasingly dense, intense and saturated. This liberation of colour was the consequence of a freer use of gesture with a calligraphic dimension. To explore the effects of colour and light, Schneider began by lightening the pictorial load, allowing some diffuse light to appear in the background of his paintings, like a breath. The artist’s gestures gave rhythm to the whole composition, like the movements of a dance. The naturally orchestrated composition was punctuated by a few drops of paint spontaneously dripped from a brush onto the canvas. But it was also the addition of sand—sand that the artist, newly installed near the forest of Fontainebleau, collected himself—that made the colour, absorbed by this additive, more diffuse and gave it a dreamlike dimension.

The palette then became gradually lighter with the use of more vivid and luminous colours that would take on a structural role, building and structuring the whole composition—in what was a true liberation of colour. At the same time, the artist’s liberated gestures would sweep across the canvas in supple, energetic movements, taking on a calligraphic dimension. 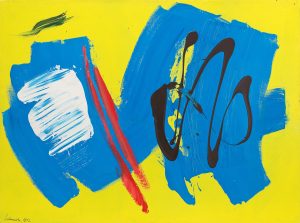 In a beautiful format, this canvas from 1968 illustrated here attests to this distinctive work characteristic of the period at the turn of the 1960s—through diffuse light, combined with the use of sand and dripping techniques, the canvas is given a dreamlike and sensory dimension. The artwork also bears witness to this liberation of colour—through the artist’s use of a yellow that radiates from the background of the painting, combined with an intense, deep green.