ART COMES TO YOU n°2 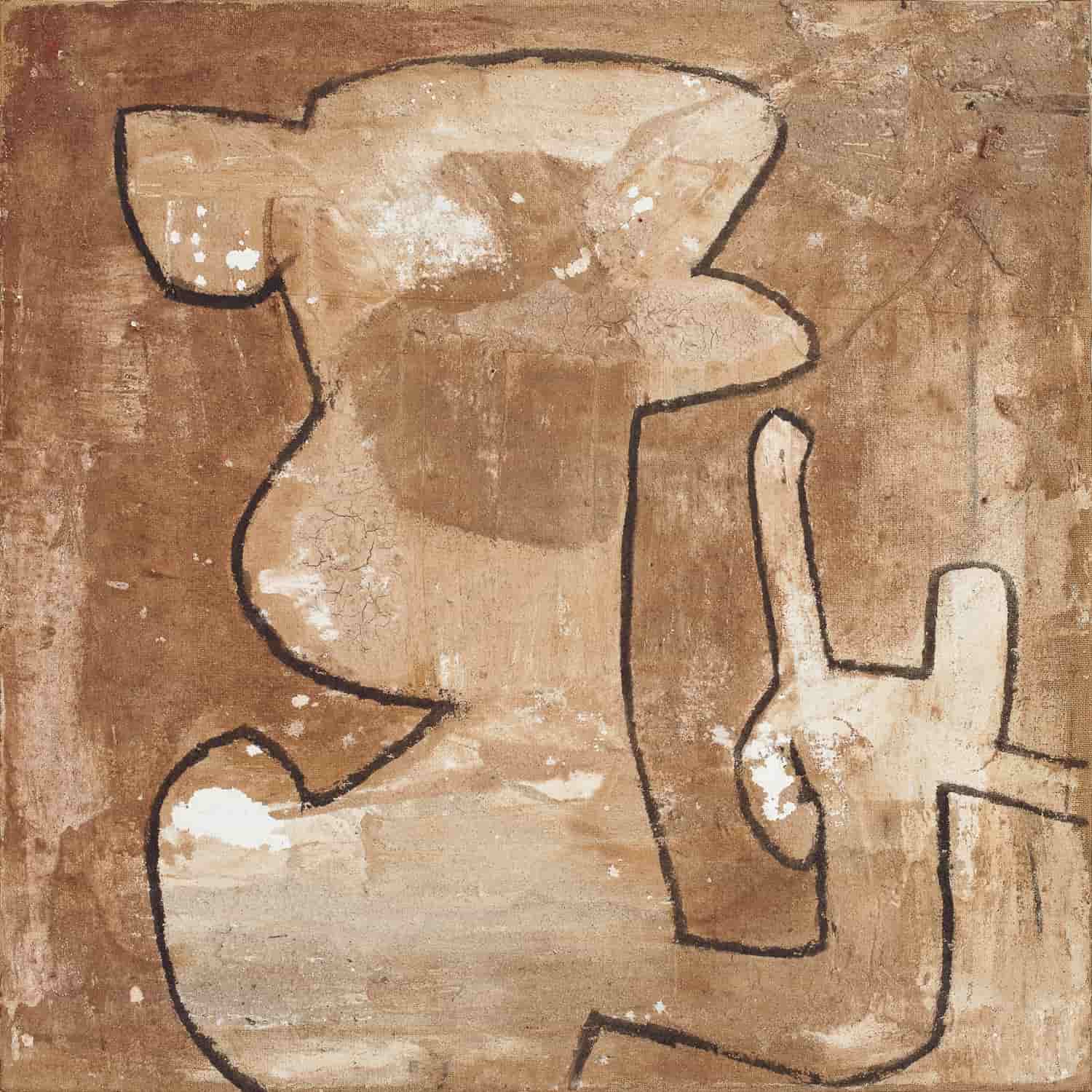 The artist Roberto Matta (1911-2002), a tireless traveller who was born in Chile, quickly became a quintessential international artist. A fluent speaker of four languages, endowed with enormous charisma, this major painter had a profound influence on his contemporaries. His travels and friendships nourished his artistic practice and his political conscience. Roberto Matta’s art was commited: he translated the troubles and preoccupations of the 20th century. His son Ramuntcho has wondered: “What is an artist? An artist is someone who displaces himself or herself to see reality better.”

The painter Roberto Matta became interested in earth from the 1930s. He was a member of the surrealist group at the time and applied André Breton’s (1896-1966) order: “The work of art, to respond to the absolute need for revision of real values on which all minds agree today, will therefore refer to a purely internal model, or won’t be.”
In 1939, Matta painted Inscape: this title turns around the “landscape” to centre it on the being’s interior, “in”. It is therefore an interior landscape that he called Psychological Morphologies. 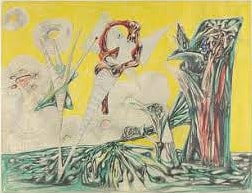 The American period: years of research

In the USA during the 1940s, the artist Roberto Matta, who was fascinated by scientific journals, applied his landscapes to the cosmos, creating “chaoscosmic” views.
Matta received many young American artists in his studio, including Jackson Pollock and Arshile Gorky. He would tell them “you paint on an easel, you are still in painting what you see. You need to put the canvas on the ground and paint what you feel.” He made them practice “absolute automatism”. His influence on American Abstract Expressionism was fundamental.

During the summer of 1941, Matta travelled to Mexico with his friend the painter Robert Motherwell (1915-1991). It is there that the artist Roberto Matta was first conscious of “the terrifying power of the earth”. He witnessed a volcanic eruption, which he mentioned in 1984: “It’s by chance that my work began to take on the shapes of volcanos,the way I treated the flame led me there. I saw everything enflamed, but from a metaphysical point of view, I spoke about the volcano’s afterlife. The light was not a surface that reflected the source of light, but an internal fire.
Only feelings that hurt are visible. I painted what burned me and the best image of my body was the volcano.”
Joyce Mansour (1928-1986) used Matta’s fascination for this when she referred to him as “the only active volcano in Paris”.

Earth as medium: Matta and the Cobra movement

From ceramics, earth was then used in painting, integrated directly as a raw material. These encounters thus allowed Matta to work with artists of the Cobra movement. 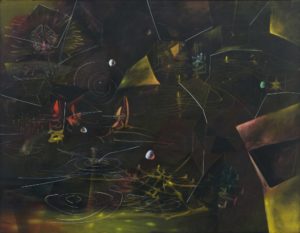 Mattea created his first Earth paintings in Italy, in his house at Panarea where he moved in 1957. The Italian philosopher Italo Calvino (1923-1985) wrote about these works: “a happy season of work in Italy and the encounter with a material rich in elementary suggestiveness, a reddish earth from the Roman countryside: all this is the source of these almost monochromatic paintings, where frescoes between the prehistorical, the totemic and the science-fiction agitate as if they were guided by the sound of a subterranean saxophone.”

The beautiful work from 1963 shown at the gallery is one of these Italian Earths. The rough material is mixed with glues and applied to hessian. The use of these modest materials is doubtless influenced by Arte Povera artists.

In 1936, the artist Roberto Matta discovered the work of Marcel Duchamp (1887-1968) especially Le Grand Verre. Mechanics in the manner of Duchamp made him realise that it “was possible to paint the process of change”. His search for a form that was constantly evolving comes from this revelation. This idea is applied to earth, a poor and rough material, it is transformed into pigment and reaches the status of a work of art. 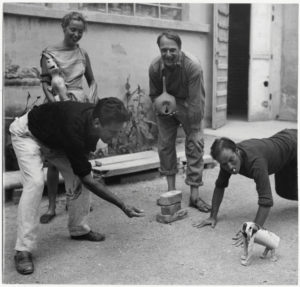 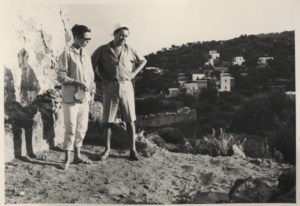 The Earth paintings from Cuba

Matta also painted Earth paintings in Cuba in the early 1960s. “In Cuba where little by little, by the nature of the mud itself, of speaking, working there, with the gardener of the ‘Casa’, with workers, these paintings ‘in earth’ brought me to an iconography of retinal, oculist forms, where the hands, the legs are visible….this anthropomorphology returned, after having disappeared for many years. All the paintings that I made in this period ‘in earth’ were really ‘chronicles’.”

With his Earth paintings, Matta wanted to depict a morphology of humanity in relation to itself, others and the world: he referred to Historical Morphology. The Earths are in fact primarily connected to the places where they were created. Matta therefore expresses in these works the preoccupations of his time.

The Earth paintings of the Centre Pompidou

The artwork of 1963 presented at the gallery is reminiscent of Matta-Matière, a work currently on view at the Centre Pompidou (2020 Rotation – Accrochage Collections Modernes: January 1st – 31 December 31st 2020).
This work was donated by Daniel Cordier, Matta’s gallerist who regularly exhibited his works, first in Paris in 1956, then in Frankfurt and New York. Cordier said about his work: “With this process (automatism), he extracts from the conscious the figures that sleep there. In this way he has created in a period of a few years, a repertoire of new forms (…), science-fiction for some, settlement by Martians for others, X-rays of psychological fluids for the author. His first richness is the variety of interpretations he proposes; his talent is the creation of a disconcerting climate, neither flora nor fauna, neither atmosphere nor space, neither lighting nor light, but always both together, intimately melted into each canvas.”
The painting from 1963 available at the gallery is also close, in terms of date, size, technique and composition to the Composition Monochrome also at the Centre Pompidou which was bought by the French state as early as 1965.

Both of these artworks have a monochromatic background against which a humanoid figure is placed, outlined in black. This outline which allows the shape to be distinguished from the background in this monochromatic  composition is reminiscent of the ancient technique of wall frescoes. The painter Roberto Matta knew Leonardo da Vinci’s theory, for whom the contemplation of “walls soiled with many stains or made with multi-coloured stones, with the idea of imagining a few scenes” became a source of inspiration for creating “landscapes”, “battles”, “figures”. The figures in Matta’s Earths, seem in fact to stand out against a wall, like stains to which the outlines created by the artist give meaning. 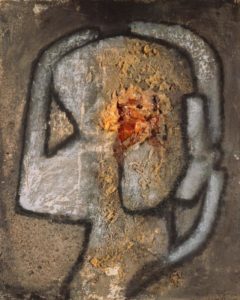 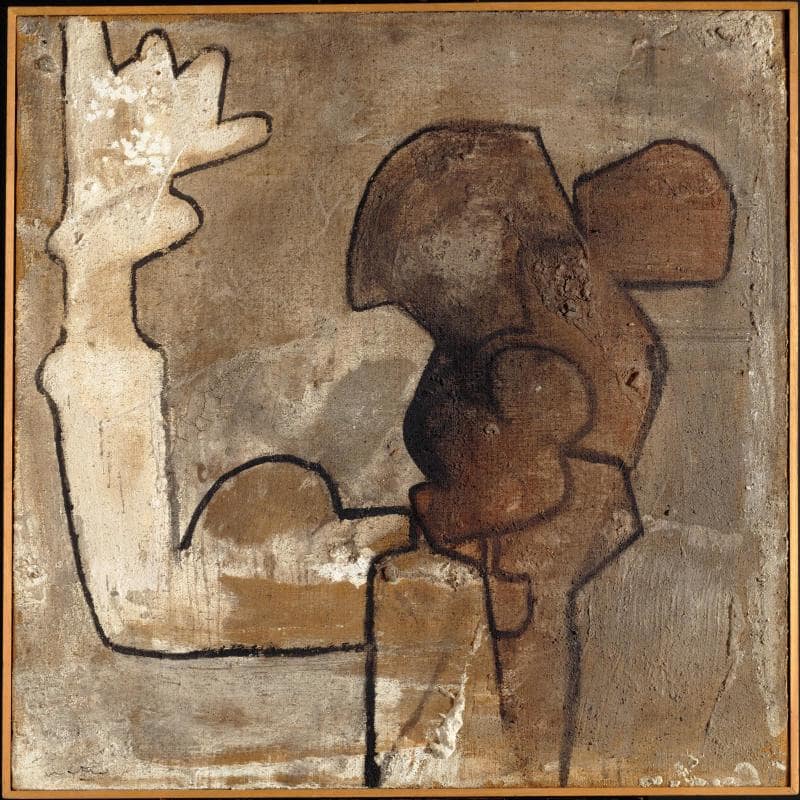