On this occasion, discover the painter Sergio de Castro in 4 chapters. 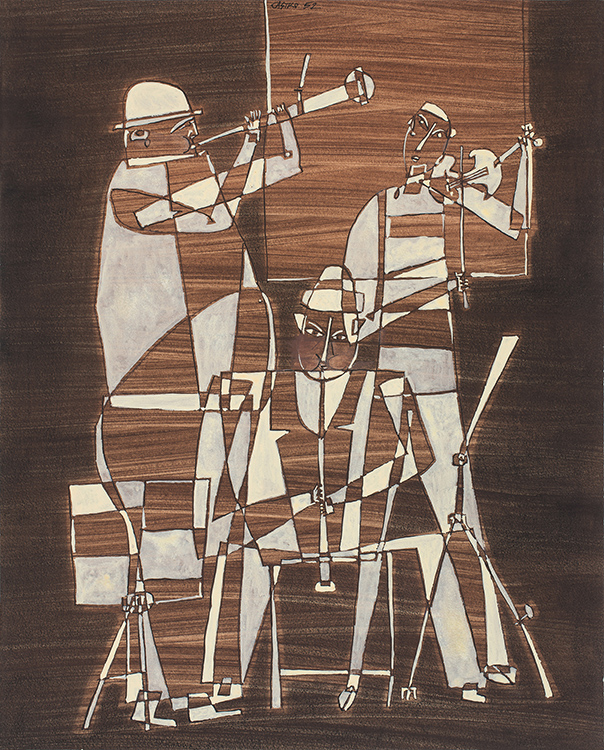 Before becoming a painter, Sergio de Castro was a musician. He studied music from 1933 to 1938 and wrote musical works that were performed in concert in 1940. In 1945, Sergio de Castro moved to Córdoba in Argentina, where he worked as the assistant of the composer Manuel de Falla. He was then appointed as a professor of music history at the new conservatory in La Plata, Argentina. With the help of a grant from the French government, Sergio de Castro moved to Paris in 1949 to complete his musical training. The following year, he joined the music group Zodiaque, which was headed by the composer Maurice Ohana.

Music is very present in his pictorial work. “From his studies as an architect and his training as a musician, Sergio de Castro retains (…) the order and the rhythm, the rigour and the accuracy of tone. (…) In 1951, he carried out two parallel investigations: one focused on drawing, which involved the invention of the double line in his work, the other on painting with his first white paintings. The structure is dominant and very geometric, like the forms that he reduced through simplification and articulated meticulously. In his flat and frontal compositions, he balances the vertical and linear axes (the columns) and disperses the elements (the constellations), like a back and forth between the investigations of Kandinsky and Mondrian.” [1] 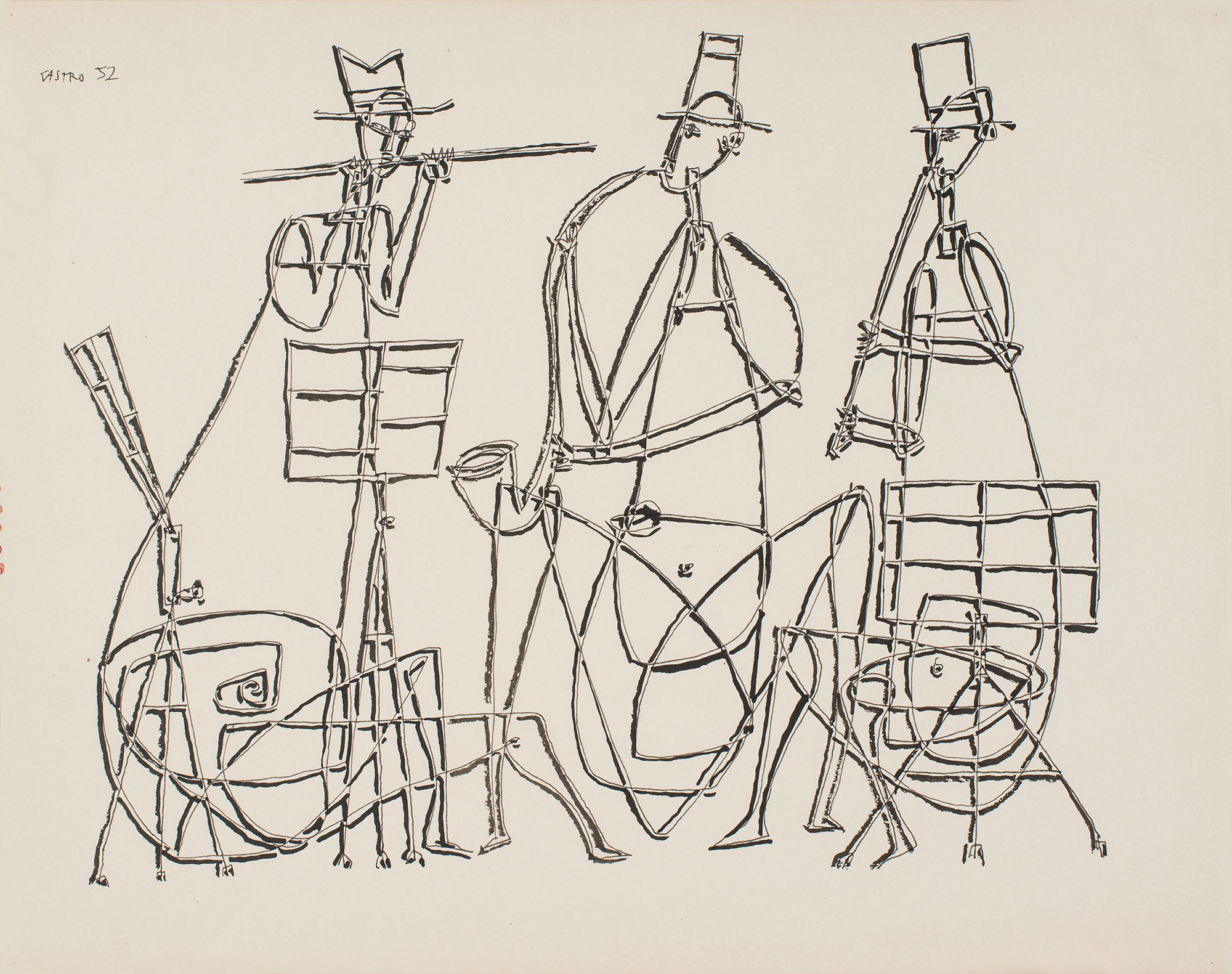 Rather than talking about series, the painter Sergio de Castro worked in variations: he created works based on a theme or a pictorial technique, then changed his focus and moved on to something else. This made his work particularly rich. Lydia Harambourg wrote: “While he opts for a narrative style, any subject for him is above all a visual arts subject. While his choice to work in series may give rise to fears of a rupture, this thematic recourse finds profound resonance in the work of the musiciancomposer (…) as a way of reviving his introspection. As a musical form par excellence, the variation, which he practices as an exercise in artistic investigation, is at the heart of a dialectic that is also based on the religious and the spiritual. The thematic games, the games of styles, are sanctioned by a world of static forms and a world of complementary dynamic forms.” [2]

Lastly, music can also be found in the themes addressed: the pictorial work of Sergio de Castro is strewn with musicians and dancers. 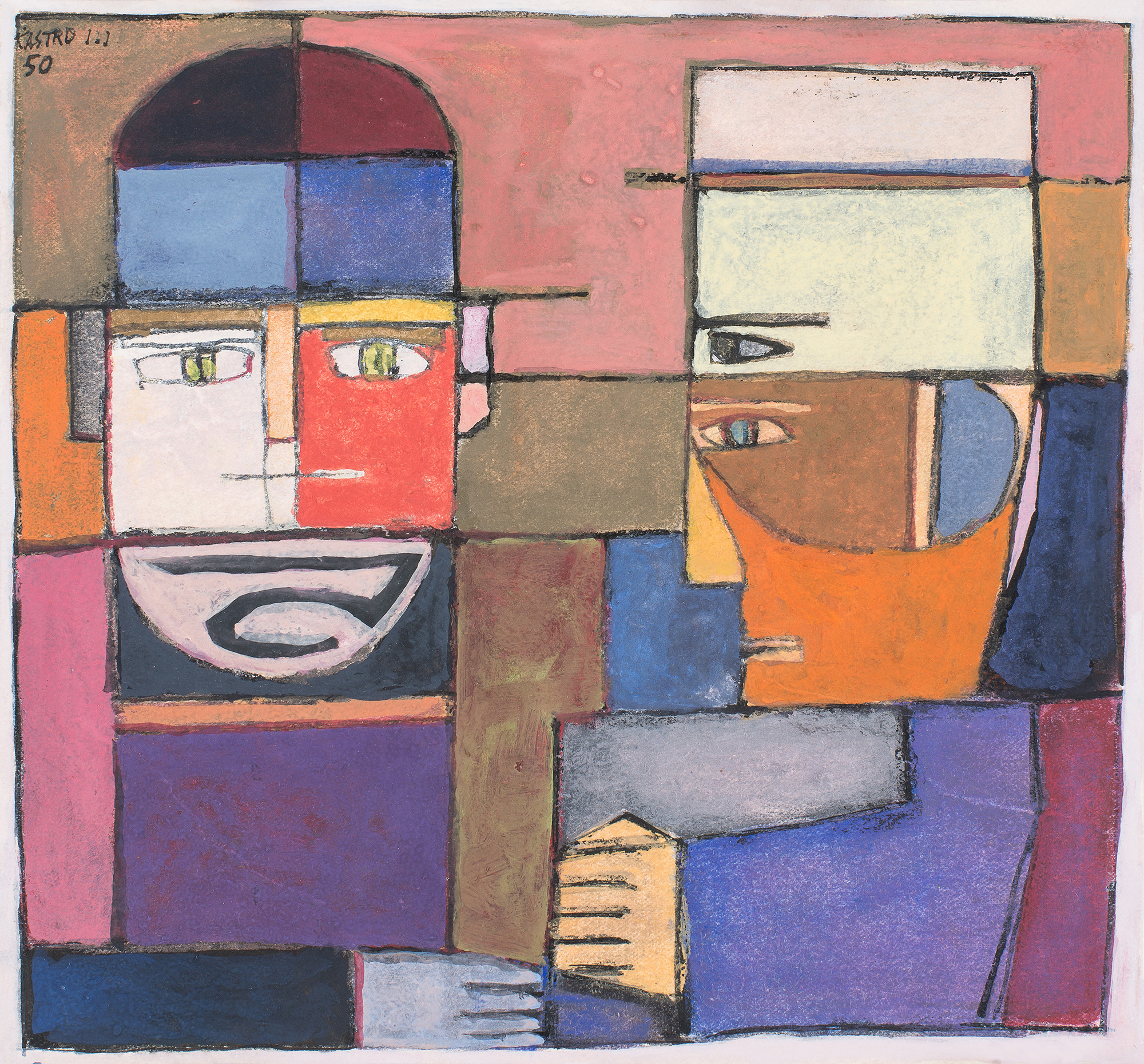 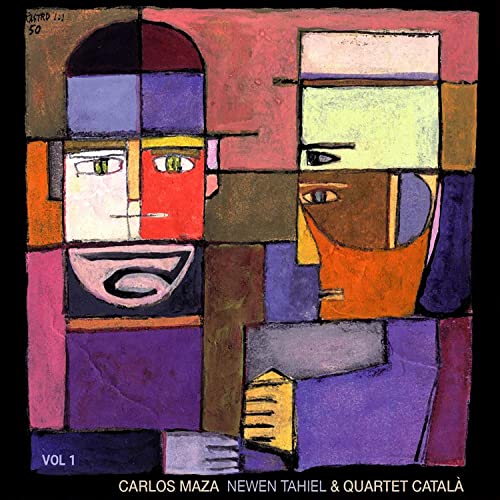 In addition to his work as a musician and painter, Sergio de Castro was also a poet. An unusual profile, the artist naturally looked to other 20th century painter-poets such as Vassily Kandinsky and Paul Klee. Many parallels can be established between the three artists: from their work on colour, line and rhythm, to the importance of travel and music, we can see similarities in their pictorial works. The art critic Denys Sutton confirmed: “Castro has learned a great deal from the ‘poetic’ painters of our century, in particular from Paul Klee; one suspects him to have also been influenced by Kandinsky; it would be logical to assume that an artist who had precise ideas about the relationship between music and painting, as he demonstrated in the Blaue Reiter, might have appealed to him.” [3] 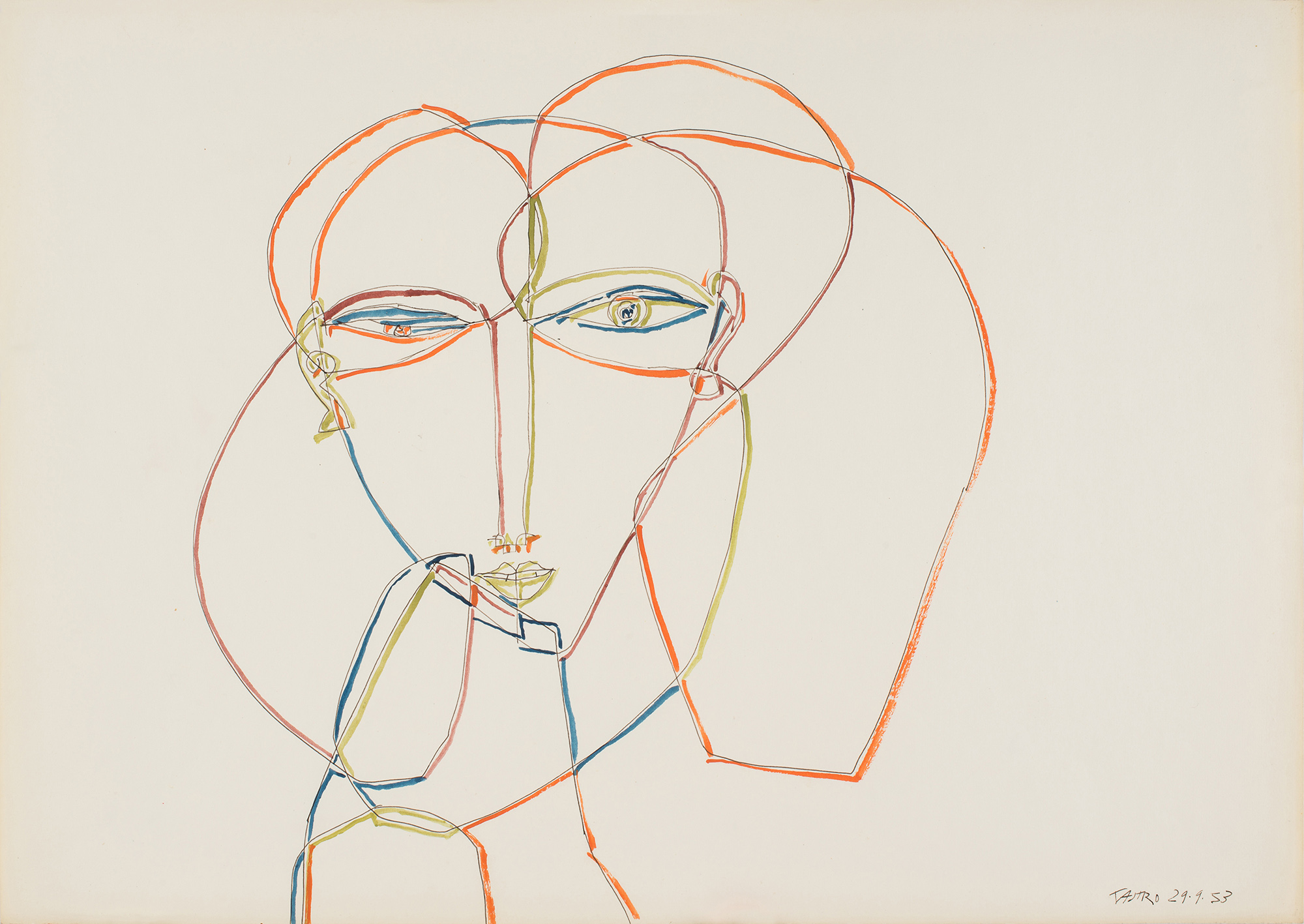