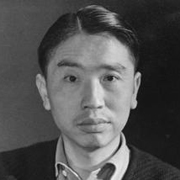 To see the catalogue raisonné by Rita Wong > click here

Born in 1901 in Sichuan China, Sanyu is often regarded as “the Chinese Matisse”. Sanyu 常玉, was among the first group of Chinese artists who, in the excitement of the aftermath of the May Fourth Movement in China, travelled to Europe in the early 1920s to study art.

Settling in Paris, Sanyu immediately fell in with the fantastic artistic lifestyle flourishing at that time: indeed, in France, the painful memories of the First World War led to a widespread shift in philosophies and attitudes on existence: people were desperate to enjoy the pleasures of the present, without concern for the future. In Europe, the 1920s became known as the Roaring 20s (Les Années Folles). Casting off the constraints of societal codes, new and extravagant trends, lifestyles and fashions emerged; the market for decorative arts thrived, interest in exotic oriental culture grew. Paris flourished into an international art centre – artists of all nationalities gravitated towards Paris to immerse in the exhilarating freedom and openness of the environment. The nurturing environment of Paris helped artists discover an individualistic voice from their respective backgrounds. This group of international artists became loosely known as the “School of Paris”

Attending classes at the Académie de la Grande Chaumière and frequenting the cafés of Montparnasse, Sanyu mingled and exchanged ideas with other young artists from all over the world. From 1925 onwards, Sanyu regularly exhibited his artworks in Salons d’Automne (1925, 1928) and local galleries. Sanyu’s works were regularly selected in Exhibition at the Salon des Indépendants (1932, 1938, 1942-1946, 1948, 1954-1956). He was enlisted in the renowned publication of Contemporary Art Encyclopedia 1910-1930 in 1932. He returned to China for a short period of time when his brother passed away in 1938. In 1948 Sanyu moved to New York for two years. The artist passed away in 1966.

After his death, the National Museum of History in Taipei regularly held exhibitions and seminars on his works. In 2001, a grand retrospective exhibition was held at the Taipei National Museum of History and 142 pieces of his artwork were exhibited. In 2004, the Musée Guimet organized Sanyu, L’Ecriture Du Corps (Language of the body), an extensive retrospective of Sanyu’s works.

Today, the work of Sanyu has gained worldwide critical attention and his works are being collected throughout the world. 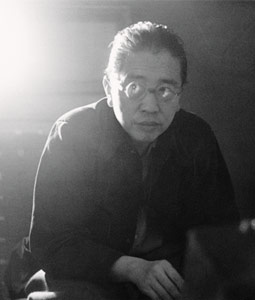