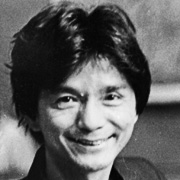 For more information on available artworks by T’ang Haywen,
please CONTACT US.

T’ang Haywen (Chinese 曾海文, 1927–1991) was a Chinese-born painter who spent most of his professional life in Paris. His work is deeply admired for its fusion of the Chinese spiritual aesthetic of ink brush painting with Western abstract expressionism. His reputation has grown since his death thanks to some major retrospective exhibitions.

T’ang Haywen was born in 1927 in Xiamen in Fujian Province, China. His early intellectual development was deeply influenced by his grandfather, who introduced him to the principles of Taoism, which strongly shaped T’ang’s outlook, and later his art.

When the Second Sino-Japanese War broke out in 1937, T’ang’s family migrated to Vietnam and settled in Cholon, the Chinese district of Saigon, where T’ang’s father established a successful silk business. T’ang attended the French school in Saigon and learned calligraphy from his grandfather. At the age of 19, T’ang adopted the name Haywen: when written in Chinese, the name consists of the ideograms for “sea” and “literature”. (The name would be written hǎiwén in the pinyin romanisation system; “T’ang” is a regional pronunciation of his surname character 曾, which is pronounced “zēng” in standard Chinese.)

Migration to France and artistic career :

In 1948, T’ang moved to Paris, ostensibly to study medicine in keeping with the wishes of his father. However, once in France, T’ang soon began to pursue his long-held ambition to be a painter. He undertook little formal artistic training, but spent much time in museums and galleries, where he closely observed the work of Western masters, quoting them freely in his early oils and watercolors. He quickly developed a passion for travel, a constant feature of his life that was reflected in his art and career: his very first exhibition (1955) was in Paris, but it would be seven years before he again showed his work in France: during the intervening period he had shows in Switzerland, Canada and Luxembourg, and three in Morocco.

By the mid-1960s, T’ang’s work was showing a preference for gouache or ink on paper, and traditional Chinese stylistic elements were becoming a feature of his painting. His works were influenced by the aesthetic legacy of Western masters like Turner and the impressionists, and shaped by the spiritual elements of the Taoist approach to painting, in which the artist seeks to capture the interplay of energies that give life to the natural world. Typical works of this period were quick studies of scenes in the natural world, often rendered in a few brushstrokes, that gave life to his conviction that “painting is the embodiment of energy.” His synthesis of the Eastern Taoist tradition with a Western aesthetic, together with the arresting beauty of his compositions, began to attract serious attention from a small circle of critics, painters and admirers.

During the 1970s, he refined the artistic format in which his greatest works would be produced – the diptych on paper, usually untitled and measuring 70 x 100 cm. In Goa, India, T’ang met the filmmaker Tom Tam, and the two collaborated on two short films. They shot Furen Boogie on the beach in Goa and several months later, in T’ang’s small apartment-studio in Paris, they shot T’ang Boogie.[2] T’ang Boogie renders the artist’s work as a series of fleeting images and is the first known example of an experimental movie by a Chinese artist.[3] During the 1980s he had some significant exhibitions in France, notably at the Musée des Beaux Arts de Vitré and the Musée des Beaux Arts de Vannes. However, did not gain any significant recognition during his lifetime. In large part this was due to T’ang’s own lack of interest in material success: as can be seen from the list of exhibitions from the period, he was just as happy to respond to invitations from small provincial galleries as he was to opportunities to be shown in the most prestigious spaces.

In May 1991 his friend Yonfan Manshih, the movie director and photographer from Hong Kong, shot T’ang’s last known portrait in his small apartment of the rue Liancourt in Paris. It was published in November 1991 in “A Chinese Portrait” [5] along with images of Chang Dai-chien and Zao Wou-Ki in their studio. T’ang Haywen died of respiratory complications in Paris on September 9, 1991. He was 64 years old.

Posthumous reputation:
T’ang Haywen’s art found a wider public after his death, thanks to several retrospective exhibitions, notably at the Oceanographic Museum in Monaco in 1996, at the Taipei Fine Arts Museum in Taiwan in 1997, The Musée de Pontoise in France in 1999, the Musée Guimet in Paris and the gallery of the Shiseido Foundation in Tokyo in 2002 and commercial exhibitions amongst which a presentation at the Yishu8 cultural center in Beijing in 2011, a monographic presentation of his work, T’ang Haywen a modern Chinese painter at the Art Basel Hong Kong fair in 2013[6] and in September 2014 an exhibition at the de Sarthe gallery in Hong Kong . Major collections that hold his work include the Musée Guimet, the Musée Cernuschi and the Musée d’art moderne de la ville de Paris, The Menil Collection in Houston, the Art Institute of Chicago and the M+ Museum, the new museum of visual culture, part of the West Kowloon Cultural District in Hong Kong.
(extracts from a biography by Philippe Koutouzis, author of T’ang Haywen’s Catalogue Raisonne) 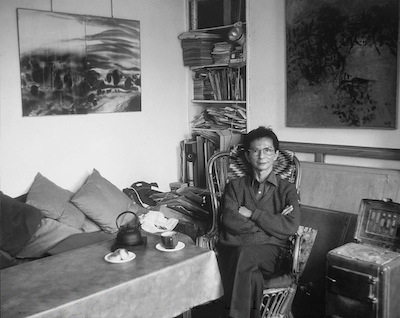