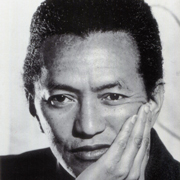 For more information on available artworks by Wifredo Lam,
please CONTACT US.

“I always responded to the presence of factors that emanated from our history and our geography, tropical flowers, and black culture”.

Wifredo Lam was famous for his Surrealist aesthetic that combined European artistic movements with the Cuban imagery. Born to a Chinese father and Afro-Cuban mother, he left his birth town to settle in Havana, where he started law studies. Between 1918 and 1923, he trained at the Havana’s School of Fine Arts, but preferred painting outdoors to the traditional academic setting and he soon began to exhibit in annual salons.

He moved to Madrid in 1923 to study with Fernando Álvarez de Sotomayor, Salvador Dalí’s former teacher. Lam was greatly influenced by the modern Spanish realist tradition, but took a more simplified and decorative approach.

In 1936 and 1937 he fought for the Republican side in the Spanish Civil War and then left for Paris, where he met Pablo Picasso, who became a lifelong friend. Picasso’s primitive artworks influenced heavily Lam’s work. Through the master of cubism, Lam met members of the Parisian avant-garde and experimented with various Modernist styles. After meeting André Breton, Lam became an active member of the Surrealist movement.

In 1940, Lam moved to Marseilles to flee the Nazi invasion and ultimately returned to Cuba. Throughout the rest of his career, the artist moved between Cuba, Paris, Italy, and New York City, developing his unique blend of aspects of Cubism and Surrealism, African and Afro-Cuban art, and Cuba’s colours. His later paintings distinguished by increasingly simplified forms and rich colours. 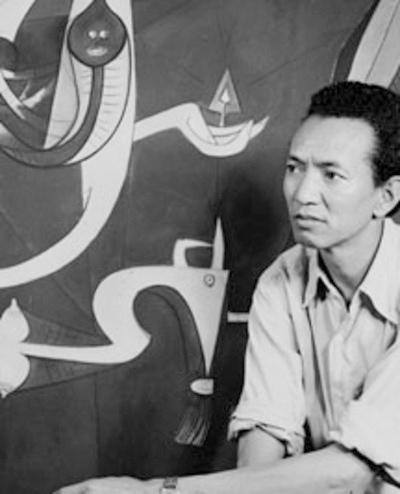