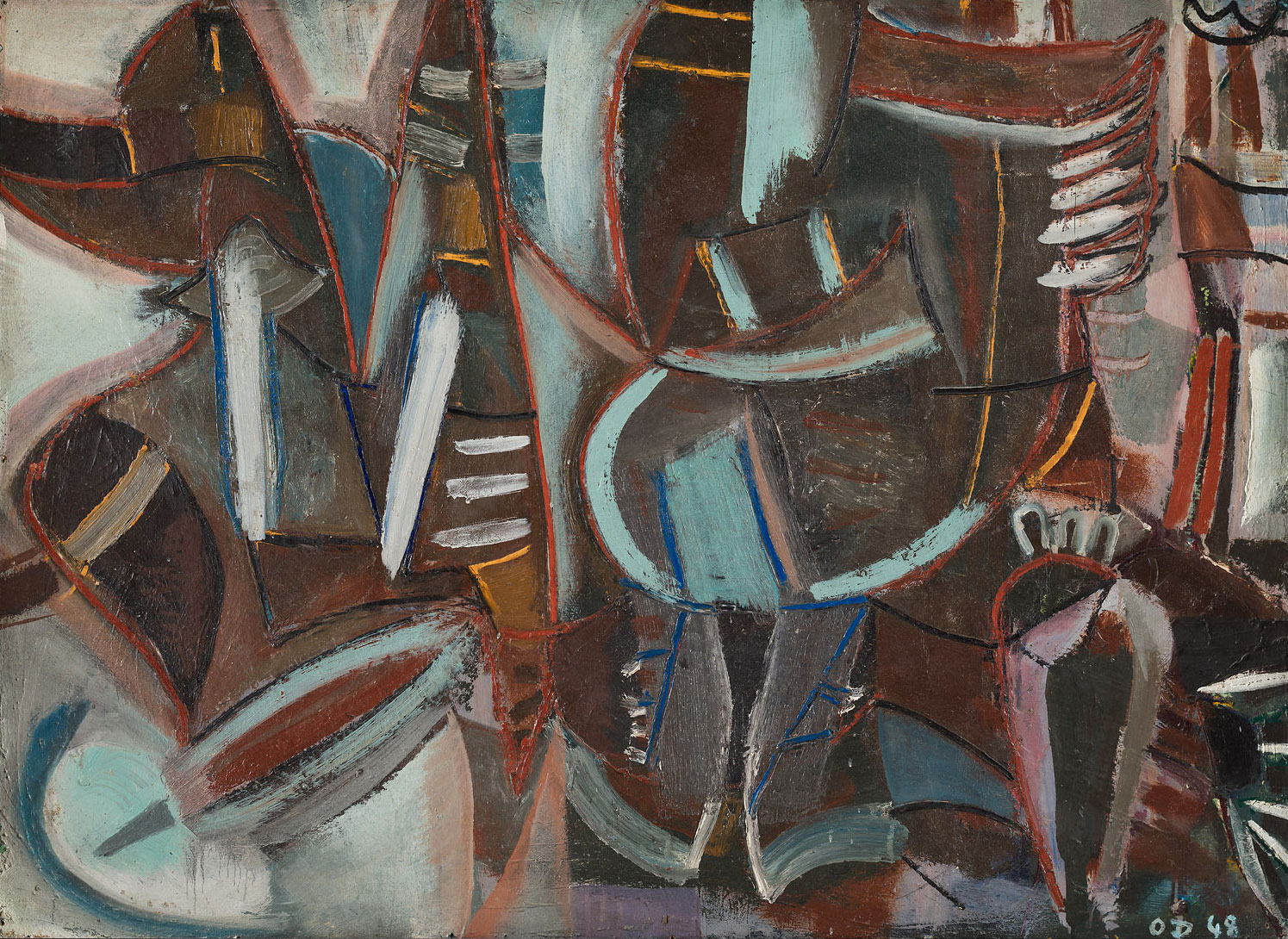 After training as an architect, the painter Olivier Debré chose to pursue abstraction as an artist once and for all. The artwork from 1948 presented here is typical of the post-war Parisian painting style.

ARCHITECTURE AS A POINT OF DEPARTURE

It was from his mother’s side that the artist painter Olivier Debré inherited his artistic sensitivity. His grandfather was a painter and his uncle, an architect. At a very young age, Olivier Debré began to draw, paint, and sculpt before entering the architecture section of the Ecole Nationale Supérieure des Beaux-Arts de Paris. At the same time, he also frequented Le Corbusier’s studio. For Olivier Debré, architecture was an extension of art, the logical continuation of his artistic beginnings. He said: “as a child, I mixed architecture, painting, and sculpture. For me it corresponded to the same thing, it was a way of being in opposition to medicine, law, mathematics. The Fine Arts formed a whole. Architecture as much as painting.”

THE ARTIST’S CHOICE OF PAINTING

The painter Olivier Debré abandoned architecture to concentrate on painting at the beginning of the 1940s. The artist confided: “during the difficult period of the War, I was there, in the Touraine, where I had always gone when I was a child, and I went back into the fields and I painted, simply, like that.” He went on to add: “(…) In painting, I needed direct expression and physical communication with nature; perhaps precisely during that difficult time, the need to escape from that society and its terrible background.” Painting became his means of expression, his own language, like the “transcription of [his] emotion” (Debré).
Landscapes immediately became a source of inspiration for Debré’s pictorial work. His approach to abstraction, which drew on his observations of nature, made him one of the major figures of the abstract landscape painting movement.

In 1941, Olivier Debré met Picasso and visited his studio in Paris many times. Picasso’s work inspired him and incited him to express his emotion without using representation, but beyond the decomposition of the object characteristic of Cubism. Debré used the sign, which was for him “the incarnation of thought”. 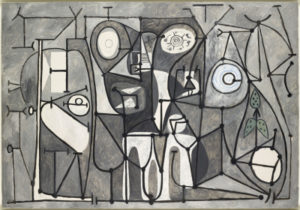 The artist painter Olivier Debré painted his first abstract painting in 1944. He met other key painters of the Lyrical Abstraction movement at the same time: Gérard Schneider, Jean-Michel Atlan, Pierre Soulages and Hans Hartung. Drawn to its capacity for expression, Debré turned to abstraction and created his own pictorial language: “Either the language is purely conventional, we know in advance what a given sign means, and it is basically writing or, if you want the sign to be comprehensible, it has to pass by emotion, by material sensation and, again, it is no longer a pure language. In that moment, I immediately introduced myself into the signs” explained the artist. 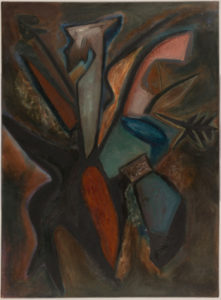 AN EMBLEMATIC PAINTING BY BERNARD BUFFET

The painters Olivier Debré (1920–1999), André Lanskoy (1902–1976) and Nicolas de Staël (1913–1955) all turned to abstraction at around the same time, between 1942 and 1944. The colourist painter André Lanskoy met his Russian counterpart Nicolas de Staël in 1945. The following year, he met Debré and encouraged him to use a more colourful palette. The artistic explorations of these three abstract painters share certain similarities: sinuous lines and swathes of colour planes emerging from solid backgrounds. 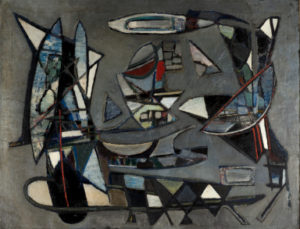 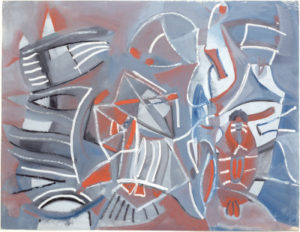 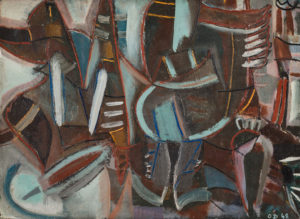 The painting from 1948 presented at the Gallery is an iconic work from this period. Its muted palette is typical of the post-war painting style. The supple lines that give the abstraction form recall the artist’s training as an architect. The colours, which are arranged in a multitude of small planes, punctuate the composition with a certain rhythm. The yellows, blues, pinks and violets boldly employed by Debré in the work present a foreshadowing of the great abstract landscape artist’s brilliant palette.